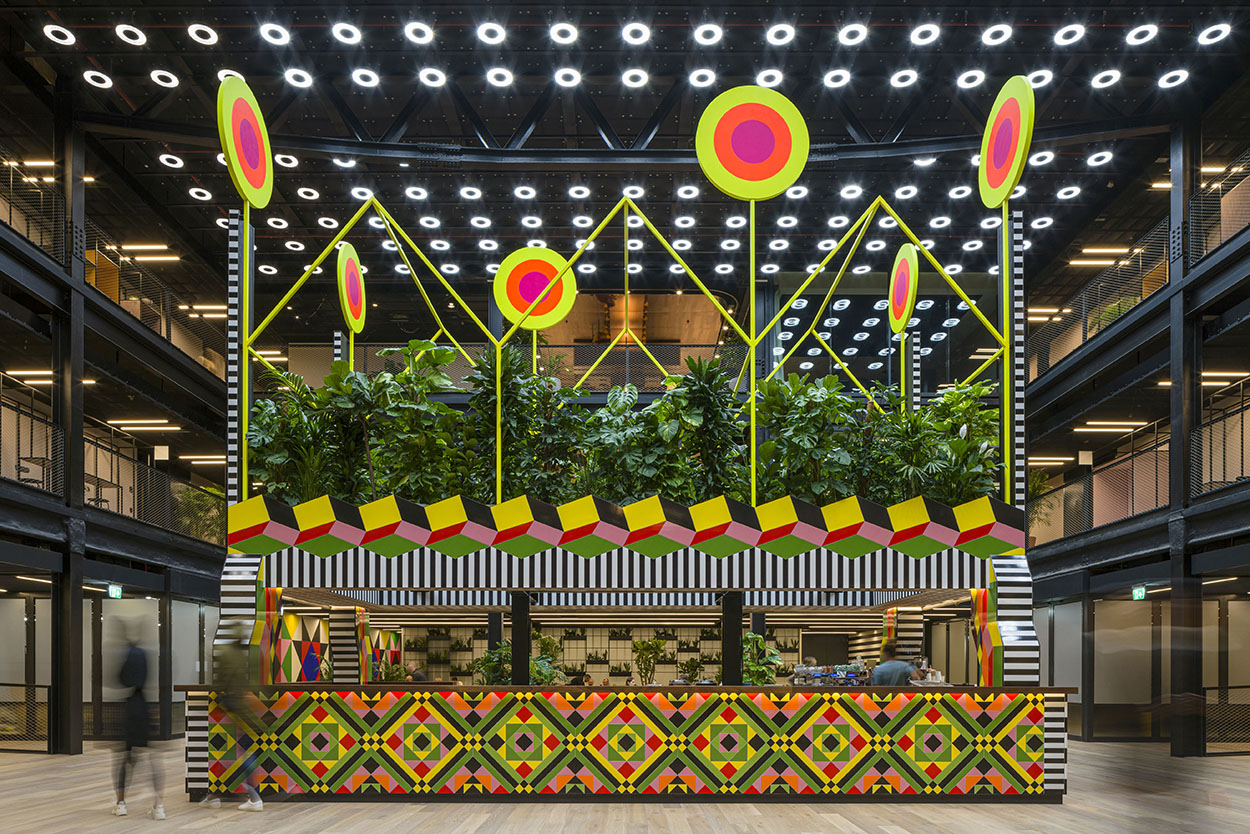 The lower level is occupied by a café whilst the upper level of the Atoll incorporates the outline of three London terraced houses, surrounded by dense planting and completed with six neon suns signifying joy and energy. "I grew up living in a London terrace house and this site has a residential history, I wanted to introduce a sense of intimacy and domesticity to the space."

Atoll is envisaged as a beacon to encourage the public to use the new public route, from Wilson Street, through the building into Finsbury Avenue Square, connecting Broadgate into the wider neighbourhood, making a formerly corporate space accessible to all. "You used to have to walk around the outside of this building, now it has been made public," Morag commented.

The installation continues to spread through the whole of the atrium with large-scale patterned hand-painted walls. An expansive seating area with hand-made and hand-painted seating with overstuffed velvet cushions, tables, benches and planters, designed and made by Luke Morgan and Morag at their local Hoxton studio.

The materiality of the permanent installation is as important as narrative, with bespoke ceramic tiles and FSC-rated marine ply. Morag spent months developing the tiling, mixing Victorian references with her own signature colours and 3-d/optical patterns. 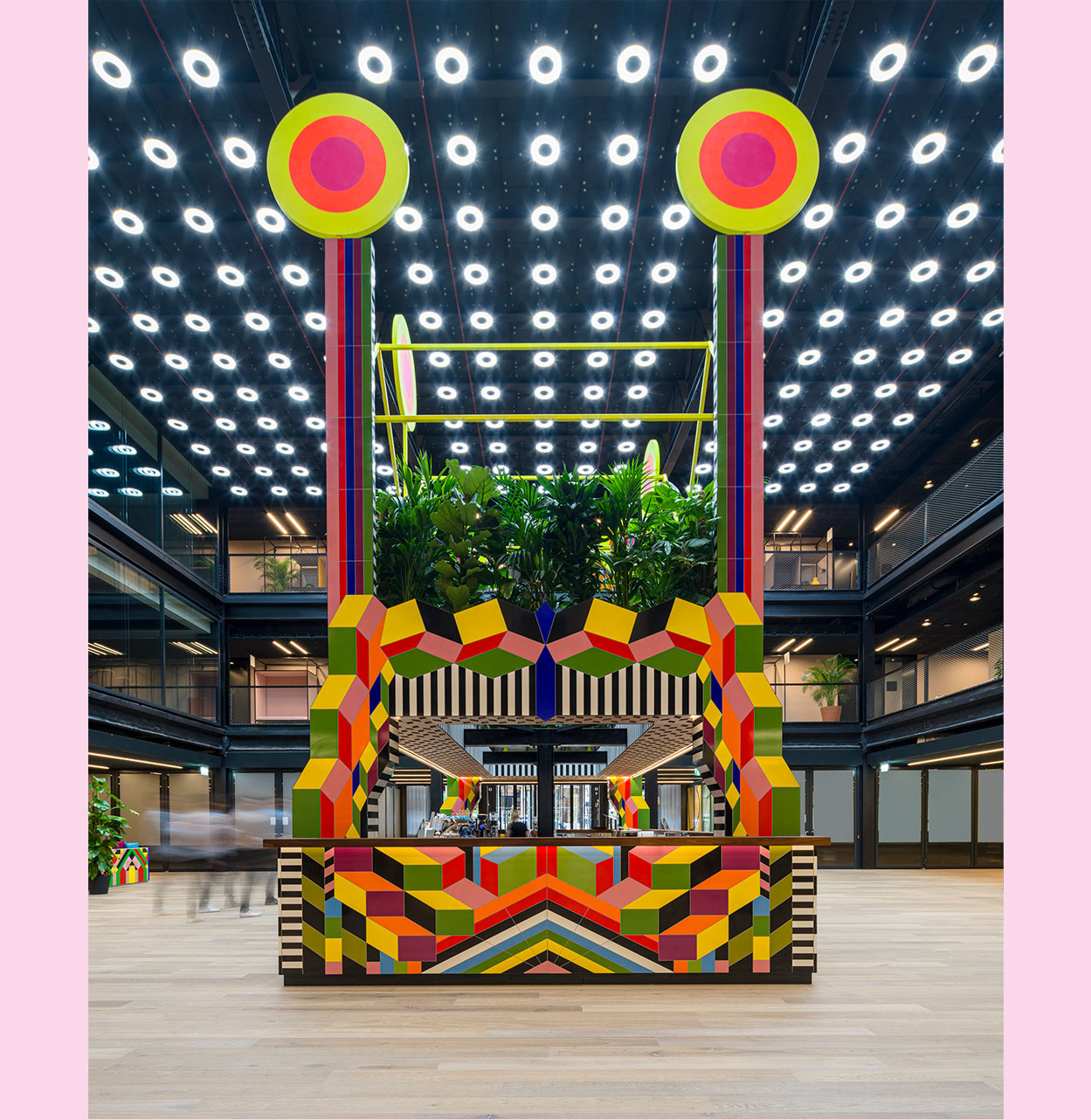 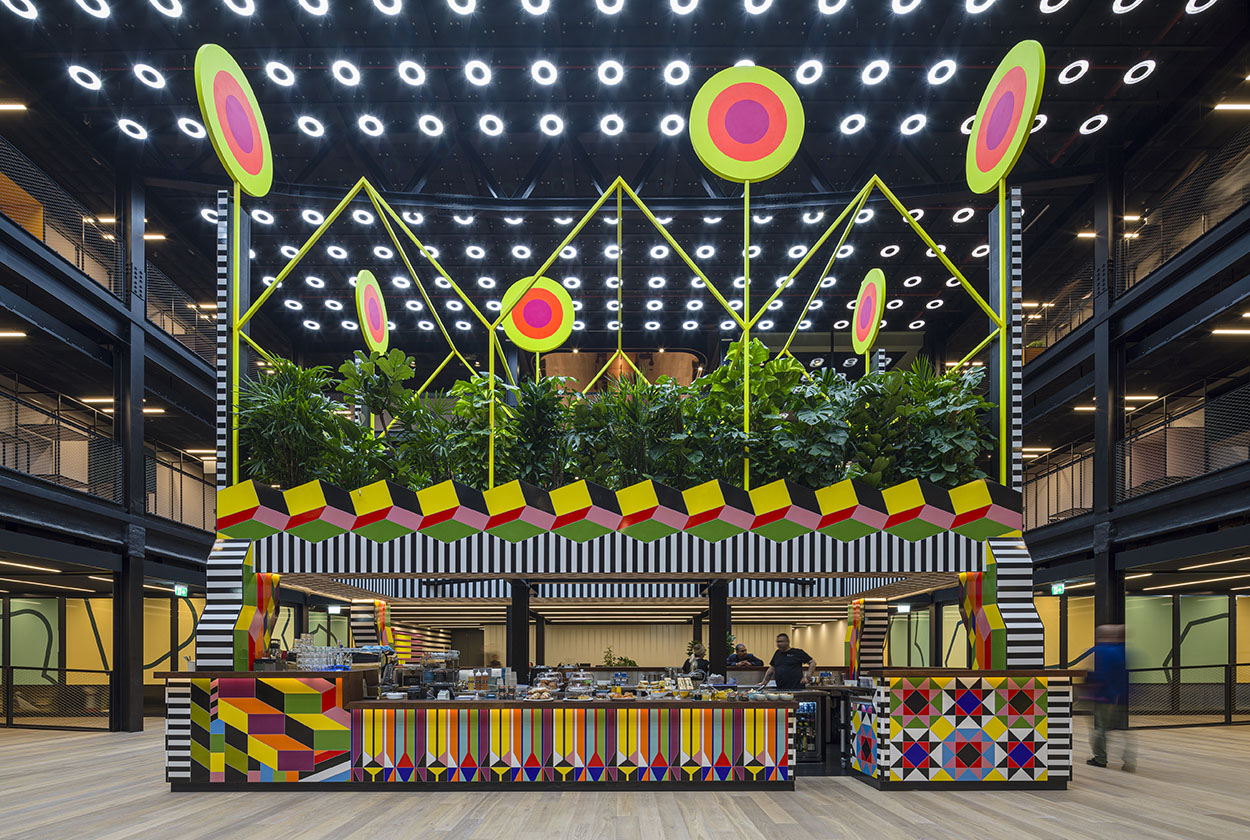 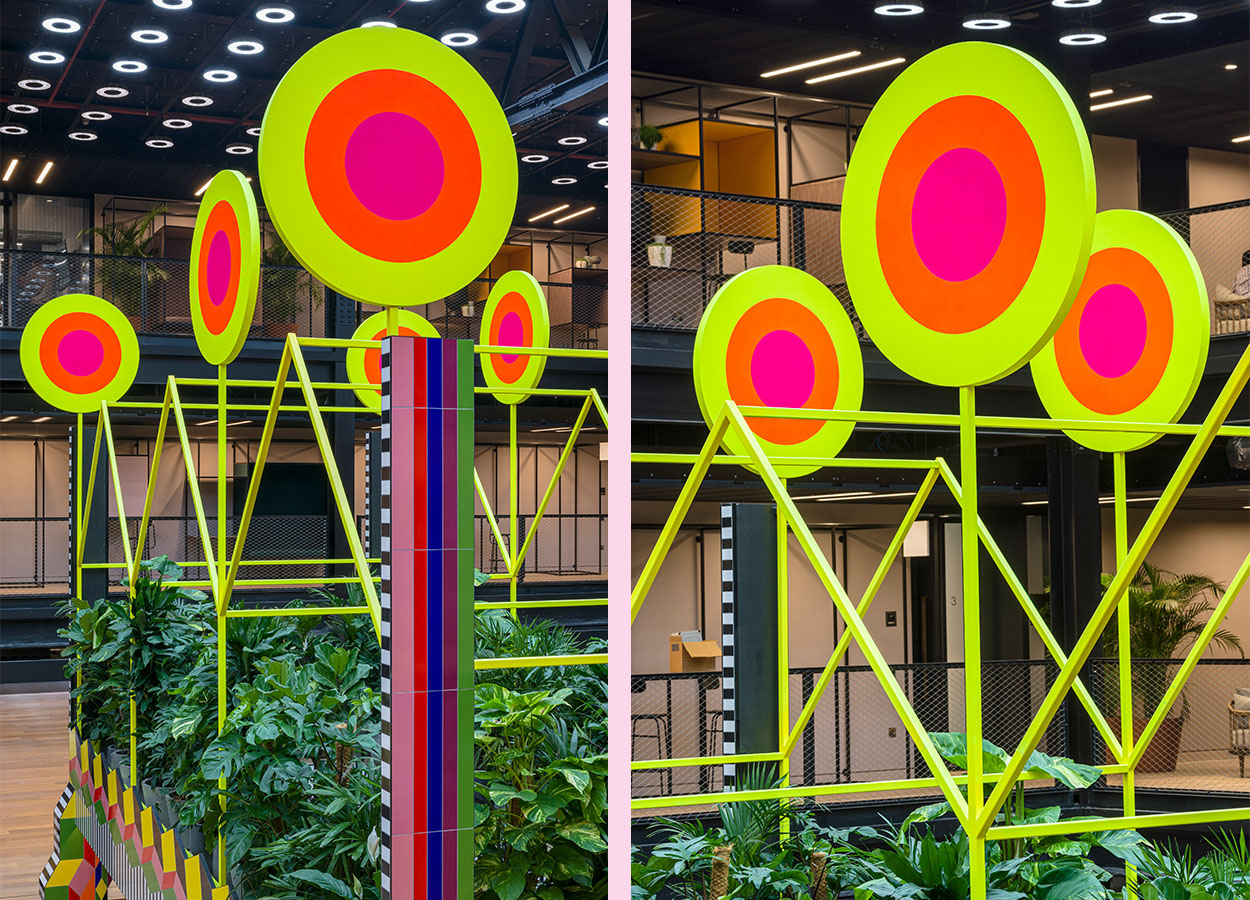 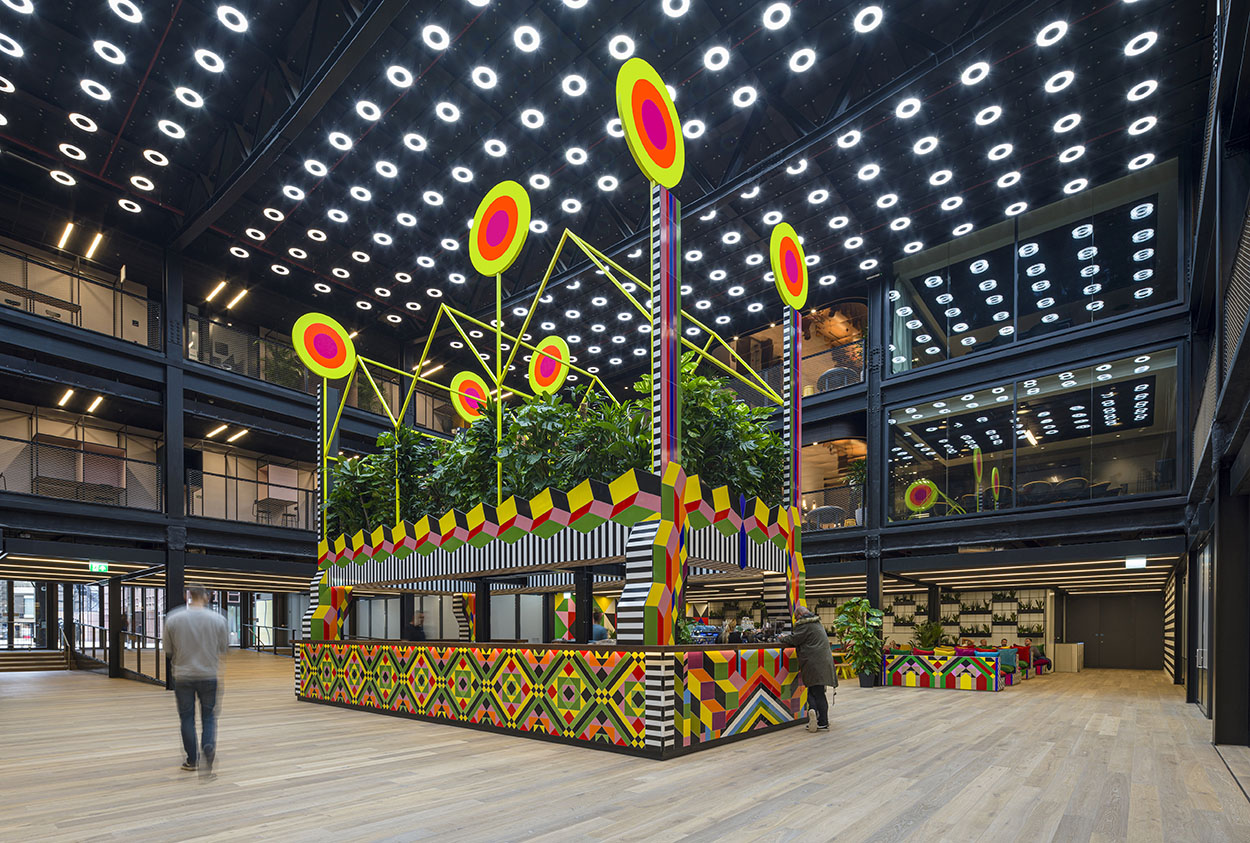 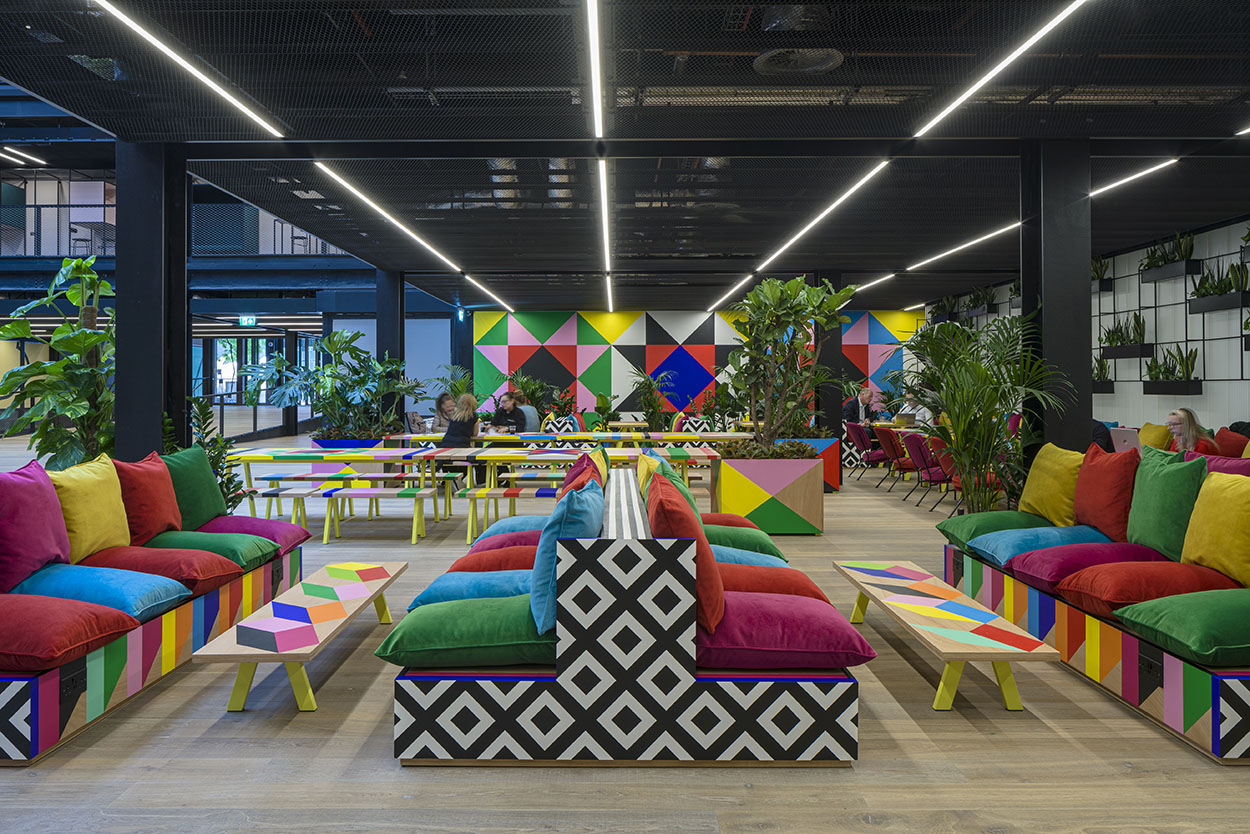 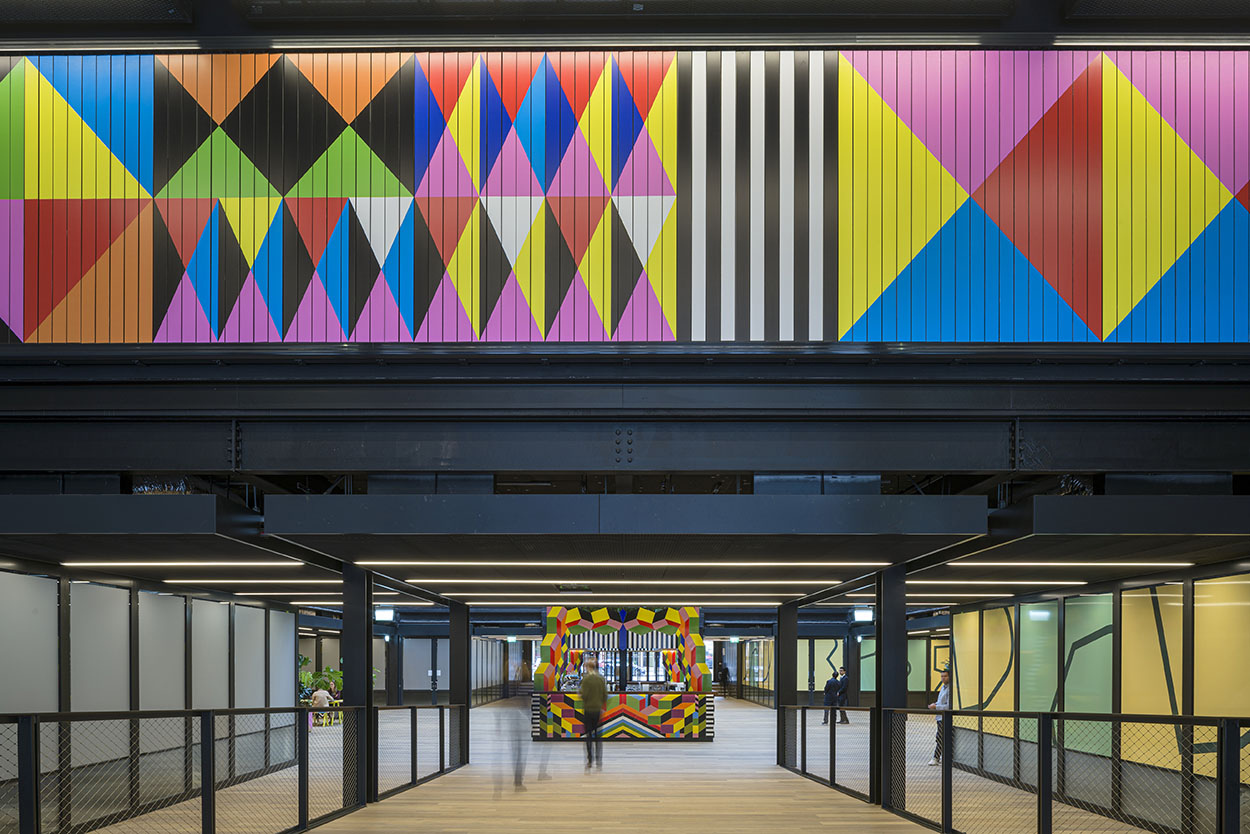