Commissioned for the Design Indaba Festival 2018. An event that deals in both the cerebral and the visceral, the interactive sculpture was built as a site where festival-goers could kickback, play, and digest the conference talks during the day, and revel in the festivities of Nightscape in the evening.

"Embrace the Unknown, was a direct response to the concrete architecture of the Artscape Theatre Piazza and the conference audience. When people attend conferences, they arrive, sit and intensely listen. In between events a place to release energy, chat and relax is much needed" explains Morag. It made sense to take a square that is very nearly all concrete directly outside the theatre would be transformed into a playground."

The structure interconnecting series of staircases, platforms, stages, swings and a slide on different levels. Made from scaffolding and digitally printed ply panels.

Pattern workshops with South African children were adapted and incorporated into the structure along the handrail side. This inclusion, Morag says, is an important part of creating a work that belongs to the people.

This sense of belonging is also part of the structure’s afterlife. Part of the piece has been used as temporary structures in a public park in Zonnebloem. The rest of the sculpture was used in a library refurbishment by Seesaw Do.

A Collaboration with Luke Morgan

Reuse of the panels
SeeSaw Do

Project Legacy
Scaffolding was hired.
Panels installed in Schools
and a Library all reused
by See Saw do. 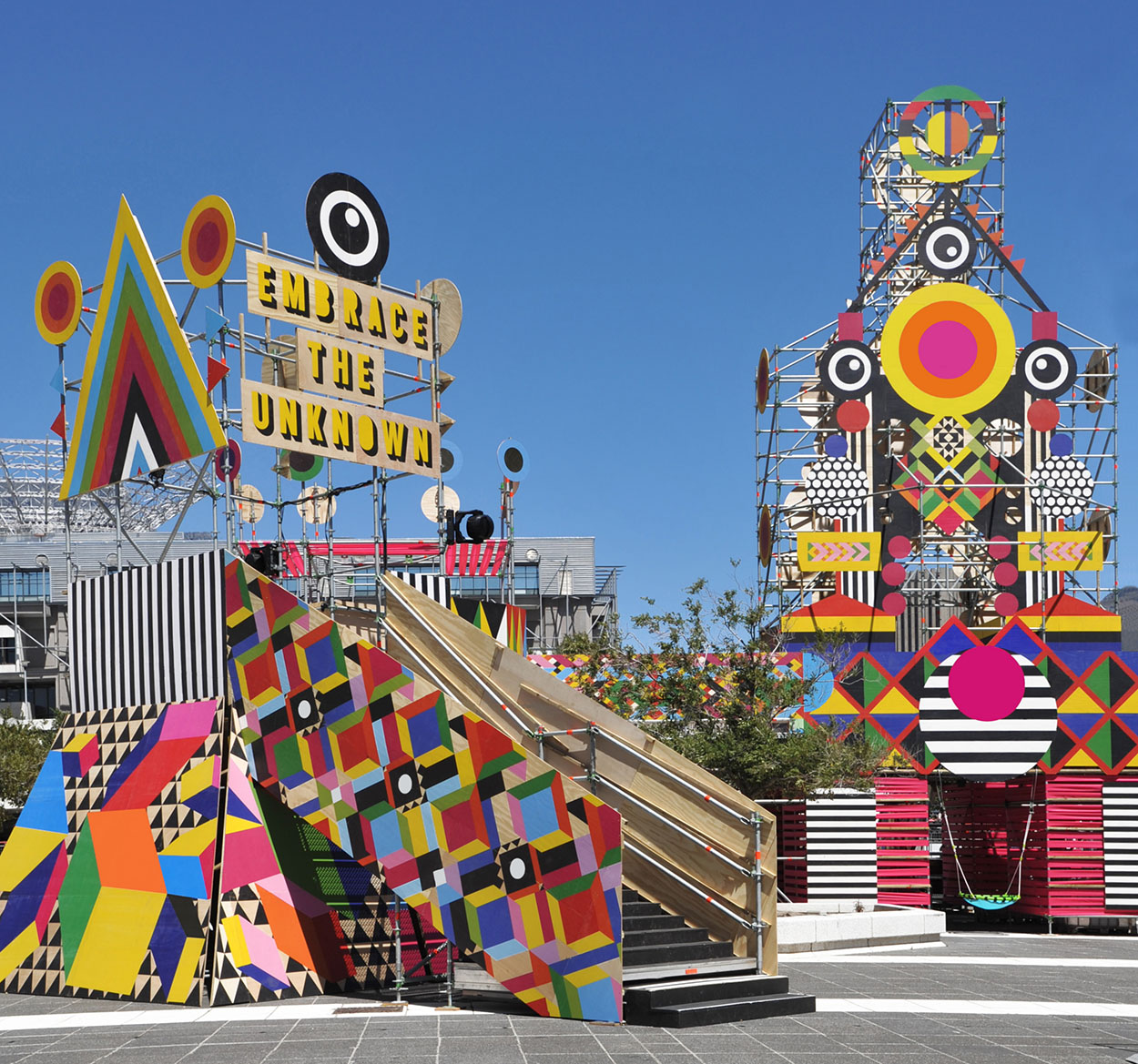 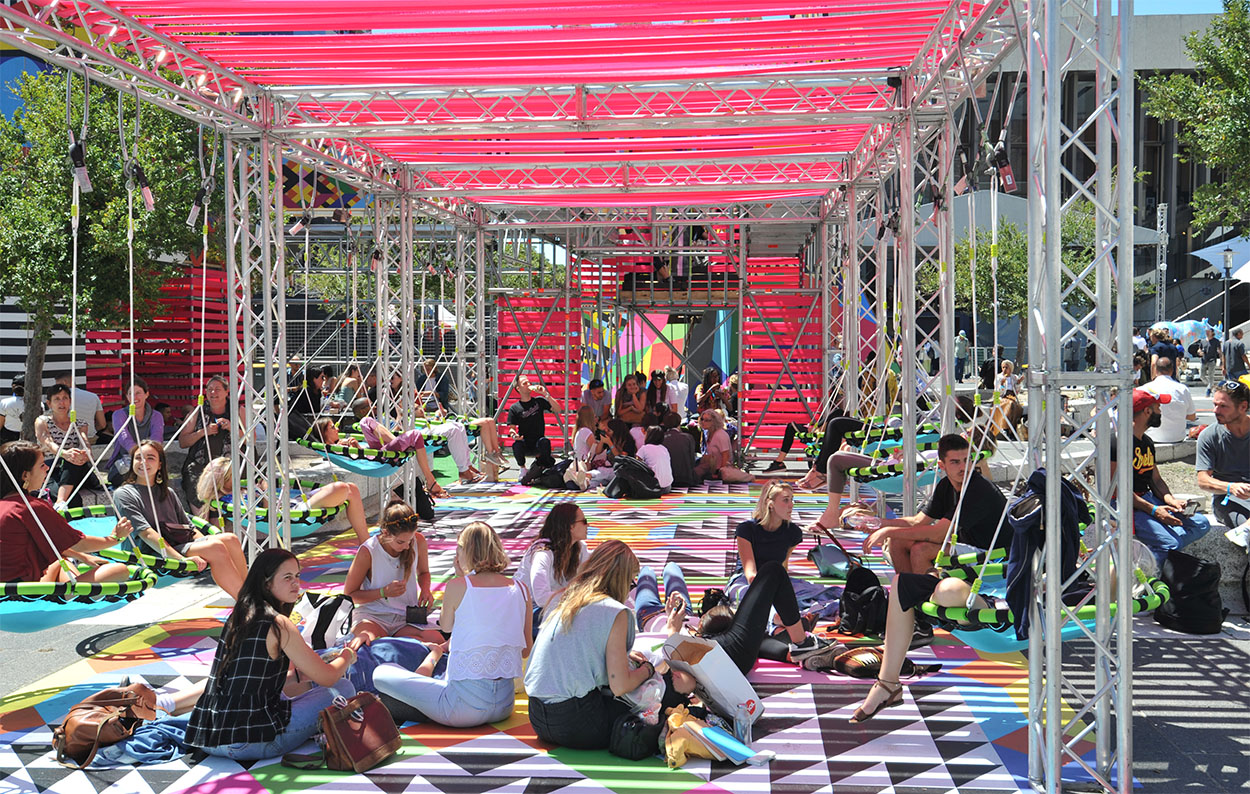 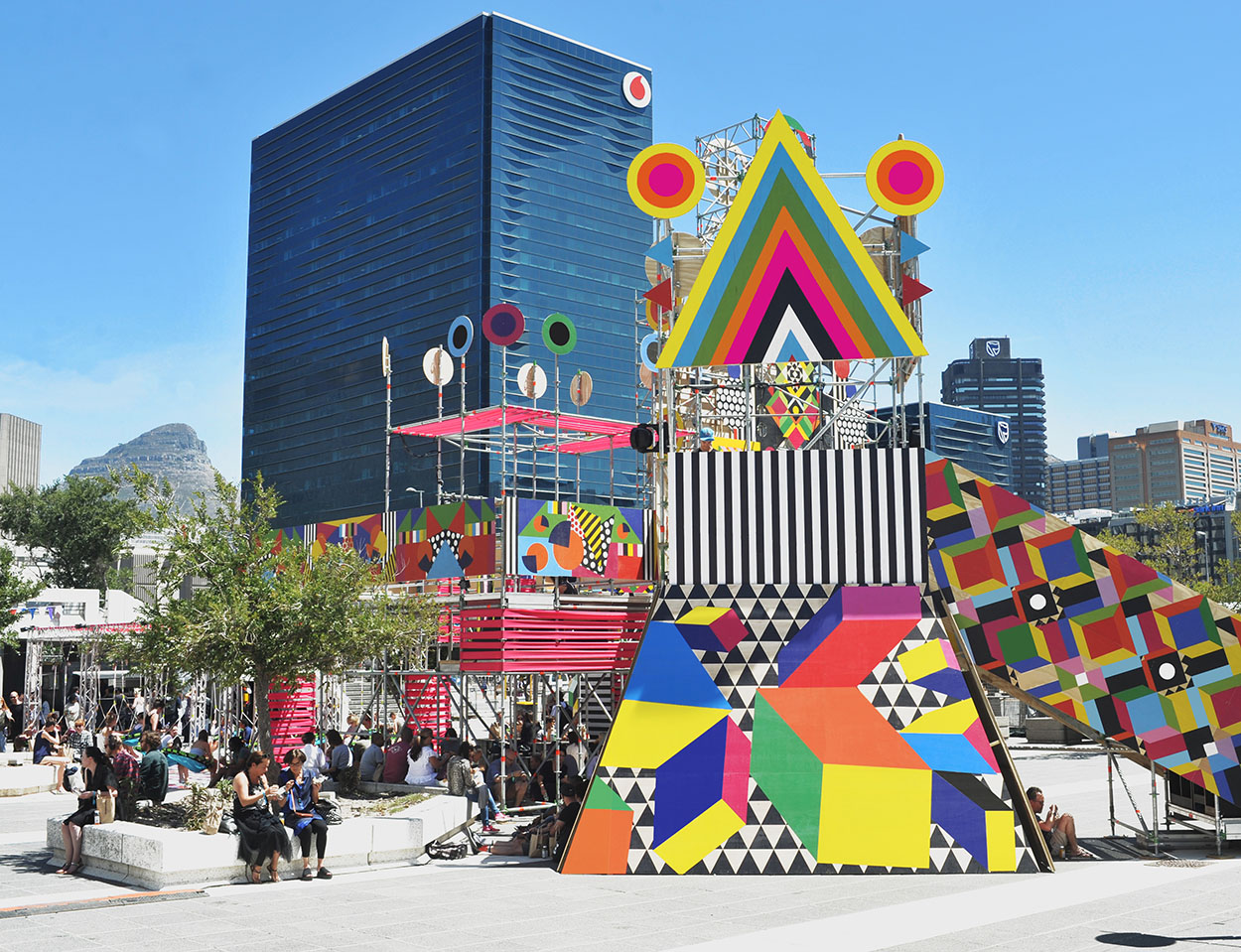 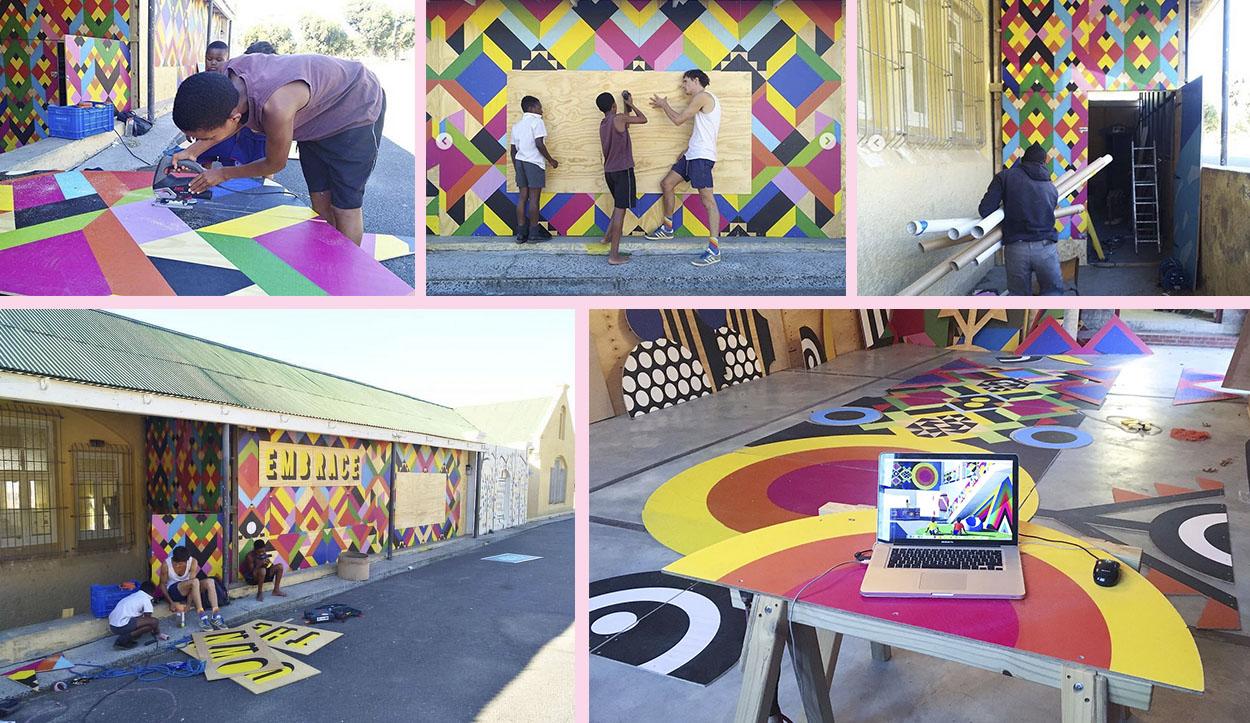 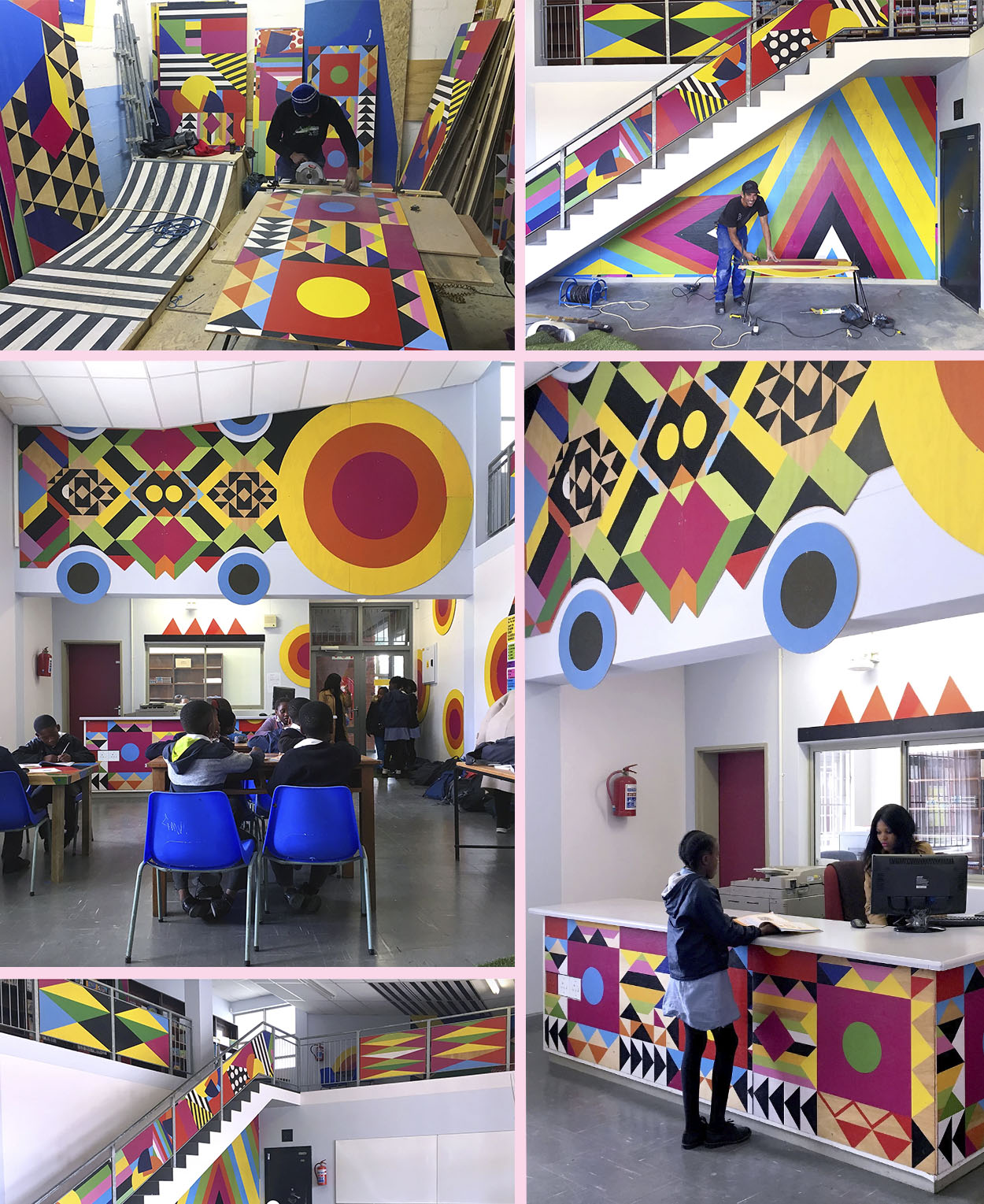