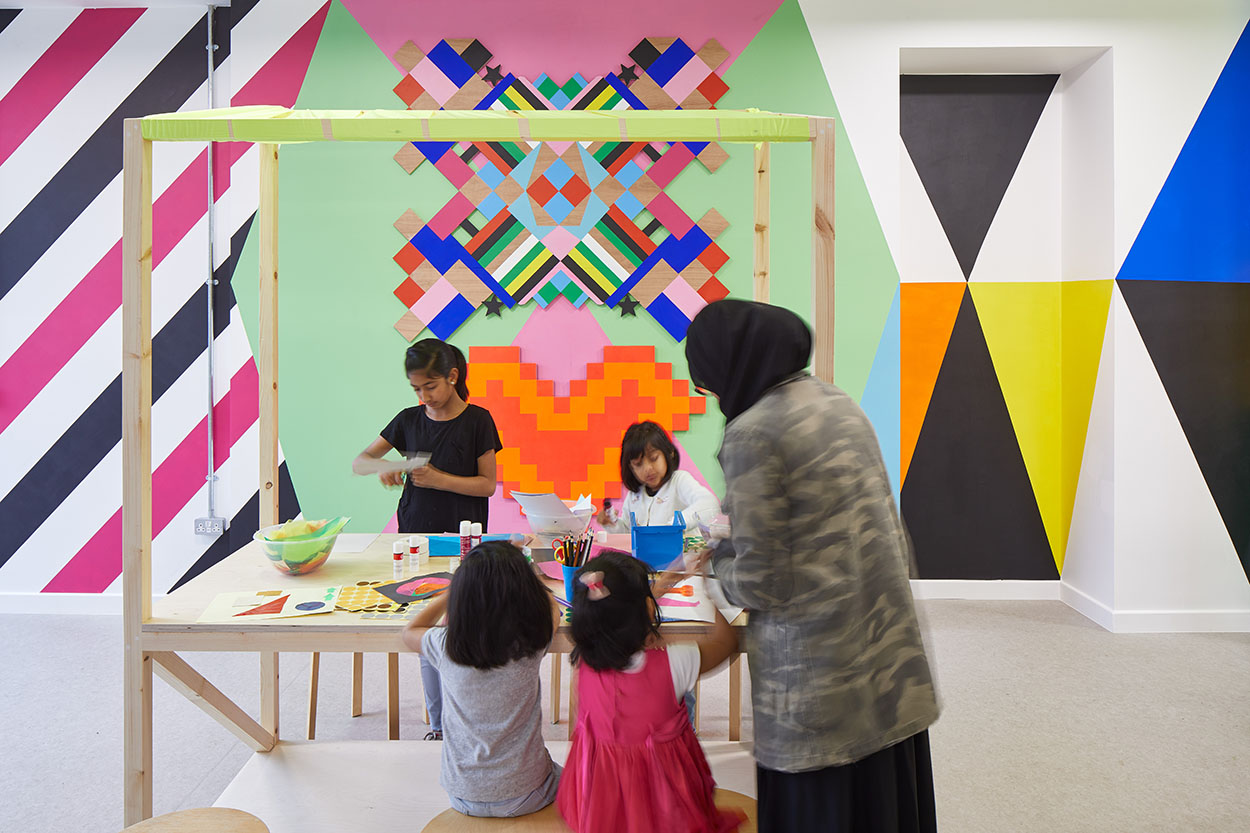 The Club Under My House

Art Block is a free space on Sceaux Gardens Estate for local children and families to make things, be creative, and play. It is part of Open Plan, a three year public art and education project which invites international and UK based artists to create artworks with and for the SLG’s close neighbours on Elmington, Pelican and Sceaux Gardens housing estates, along with a programme of events at the gallery.

For the inaugural Open Plan commission on Sceaux Gardens estate, Morag working with the young residents built an installation for the newly launched Art Block, a space for local children and families to make things, be creative and play during free weekly workshops.

Working with Morag, local young residents designed the Art Block space through workshops exploring pattern making, poetry and 3D design which were then realised by Morag in the space and exhibited in the Art Block gallery.

Building on the gallery’s work with local residents over the past decade, Open Plan aims to further challenge notions of what contemporary art can do and who can be involved in it.

Art Block is visually transformed by invited artists twice a year. The inaugural commission was by Morag creating The Club Under My House — named in a workshop by one of the young residents.

Project Legacy
Majority of the items
remained in the space
the wood for the table
units were reused.

The Club Under My House is part of Open Plan,
the South London Gallery’s long term public art
and education project with residents living on
Elmington, Pelican and Sceaux Gardens Estates.

Open Plan is supported by the Freelands Foundation. 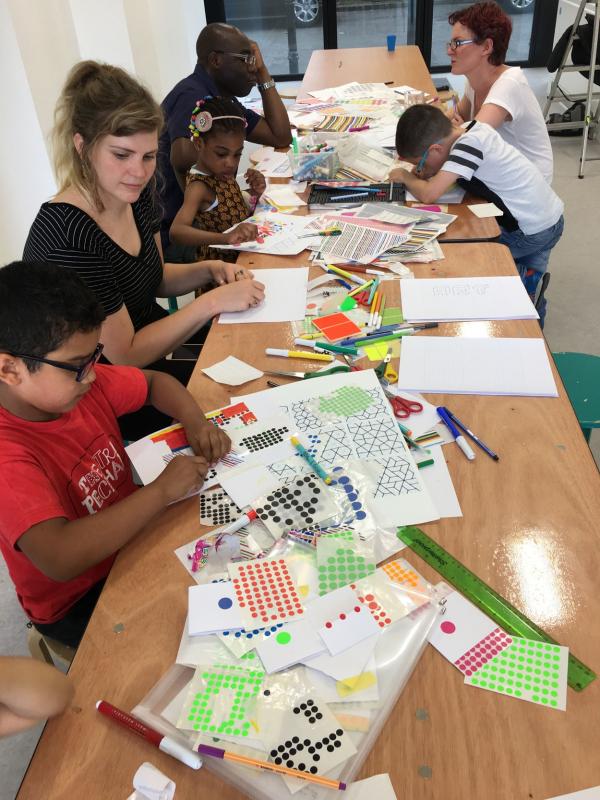 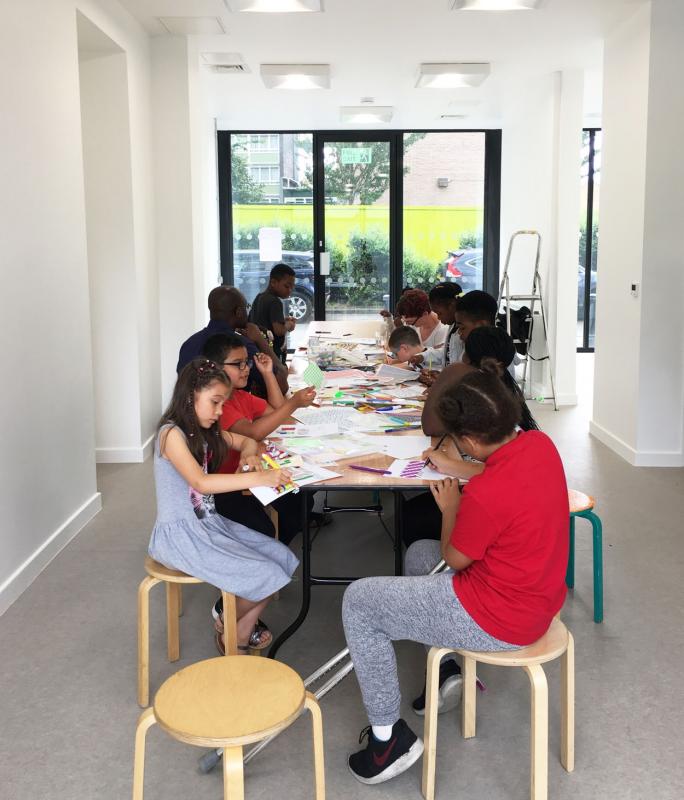 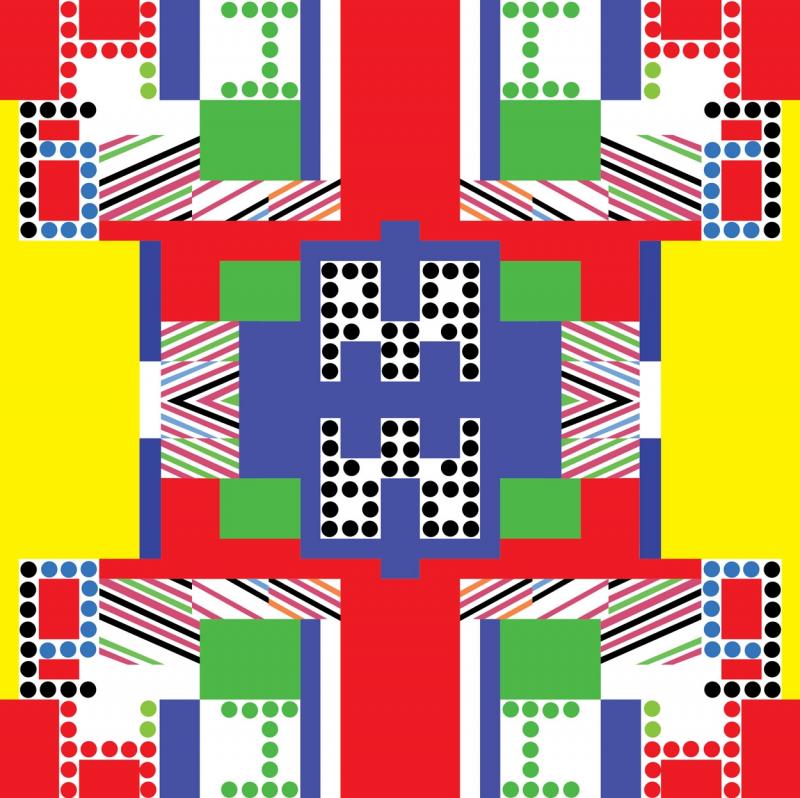 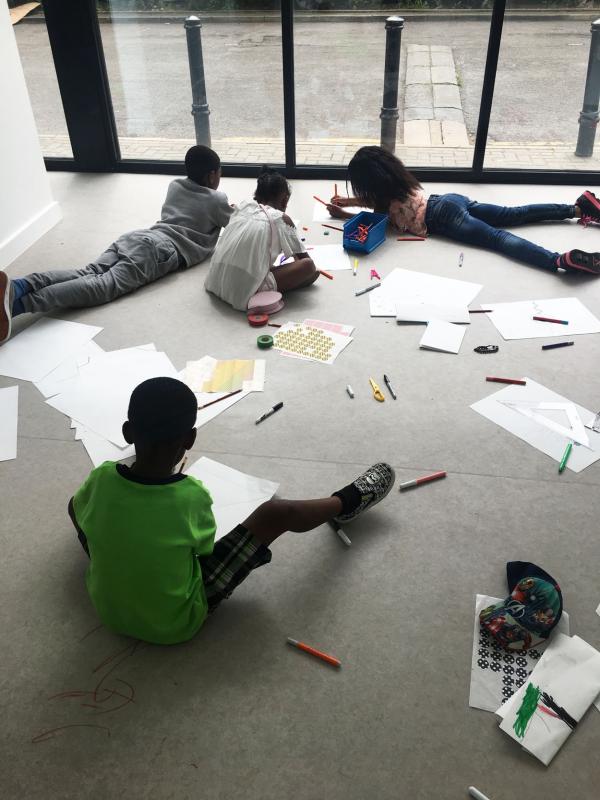 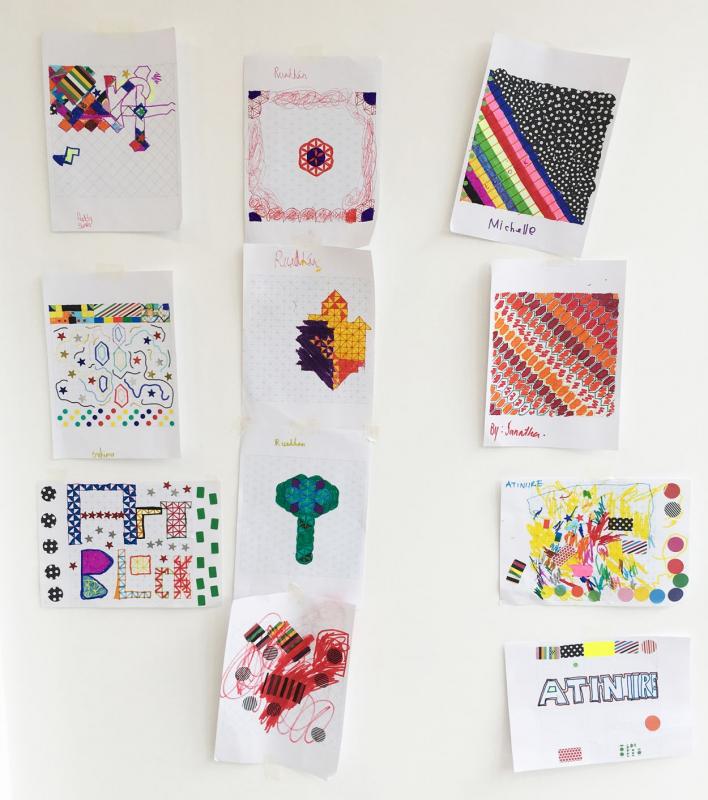 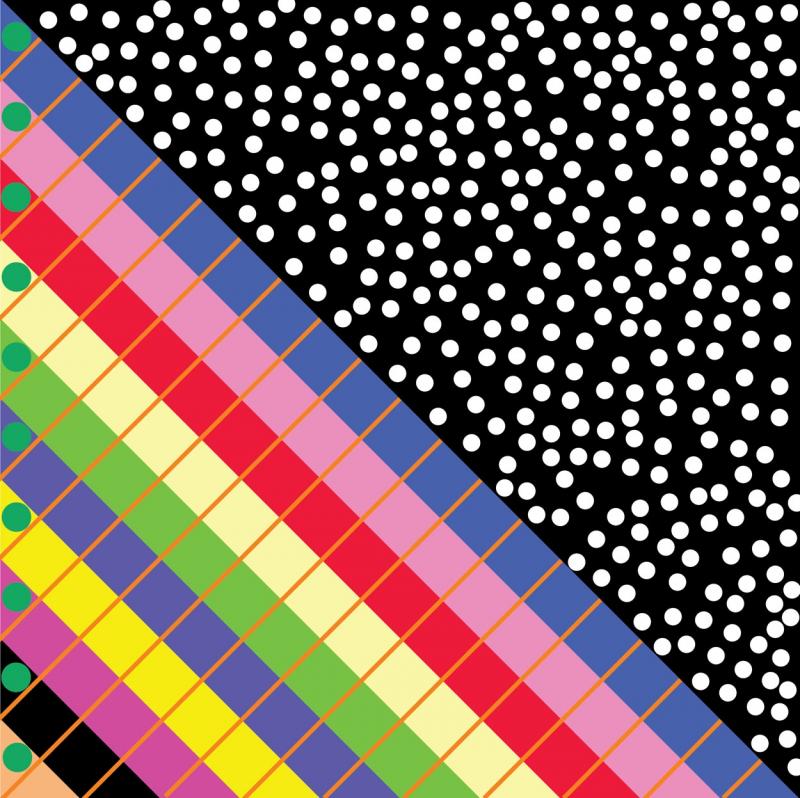 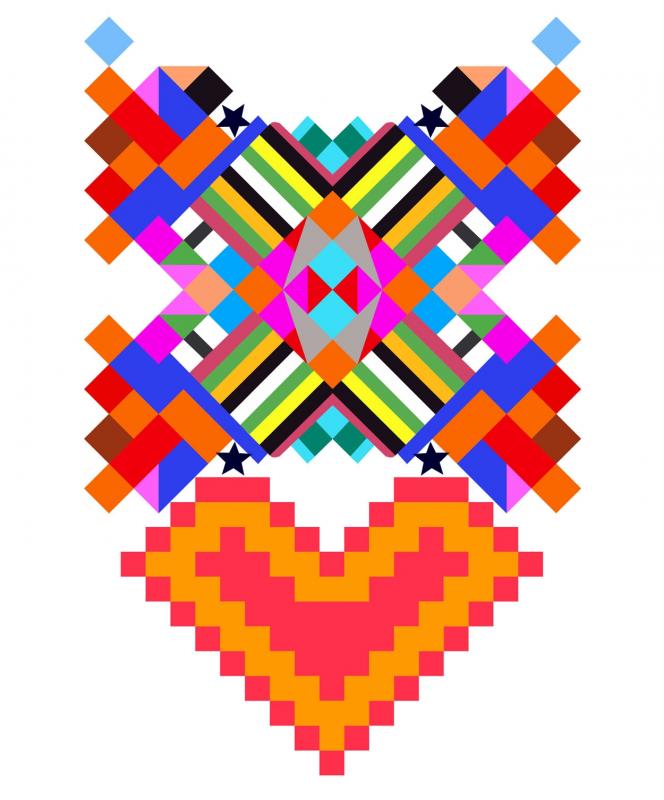 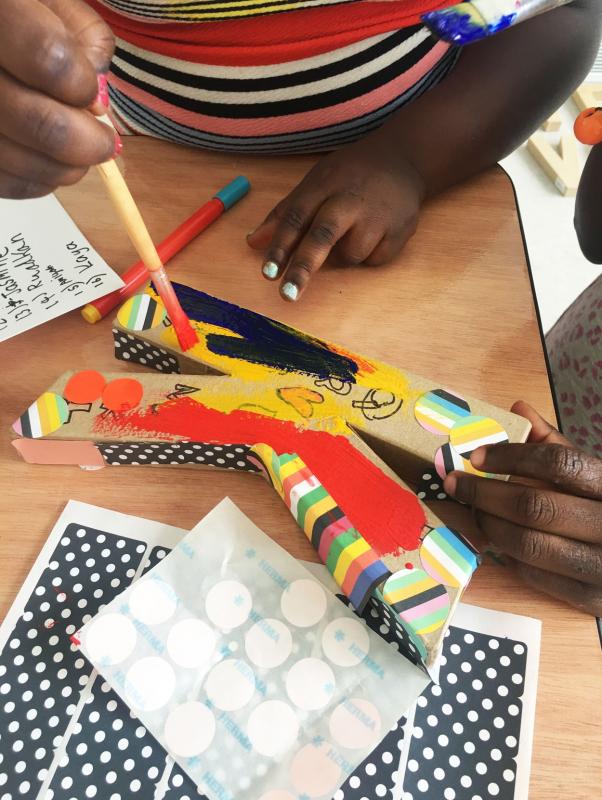 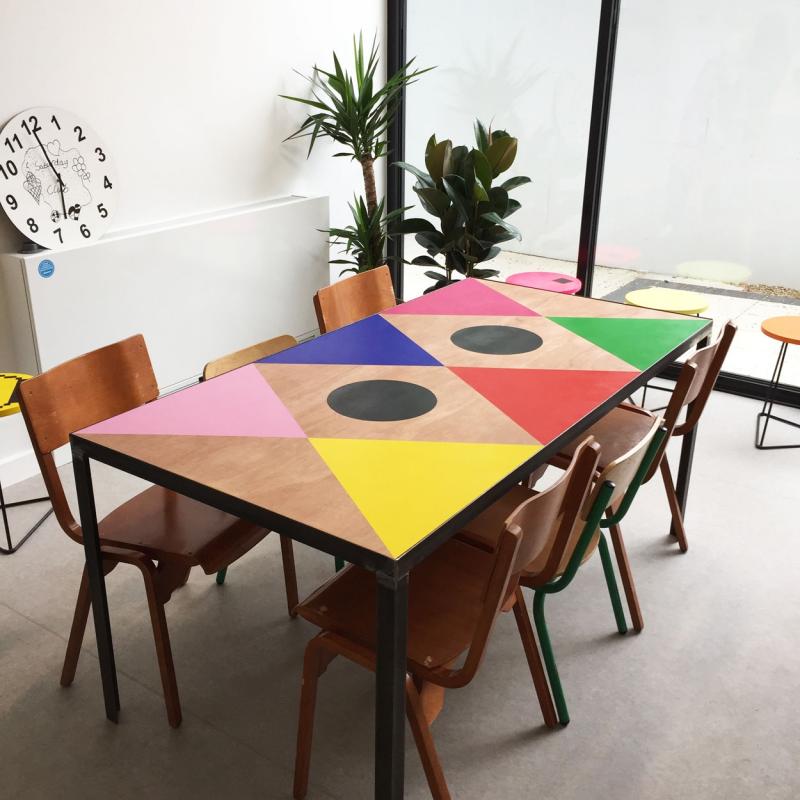 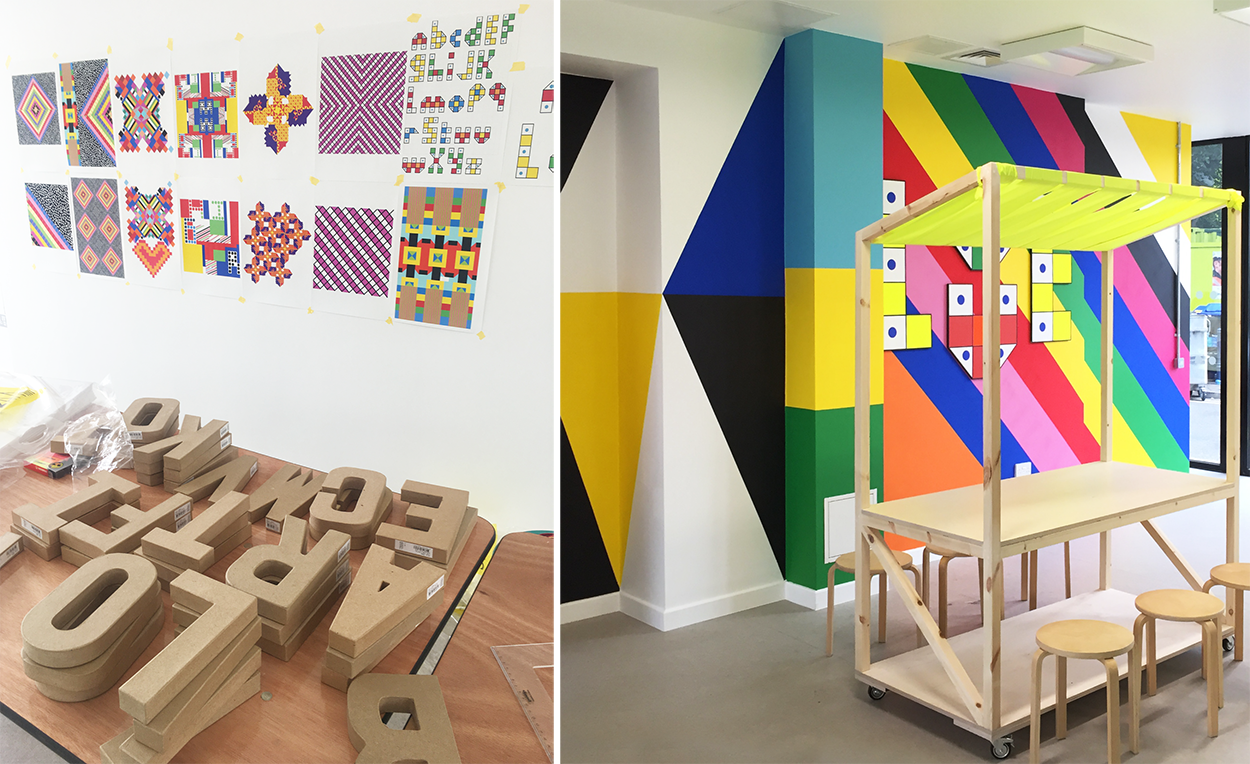 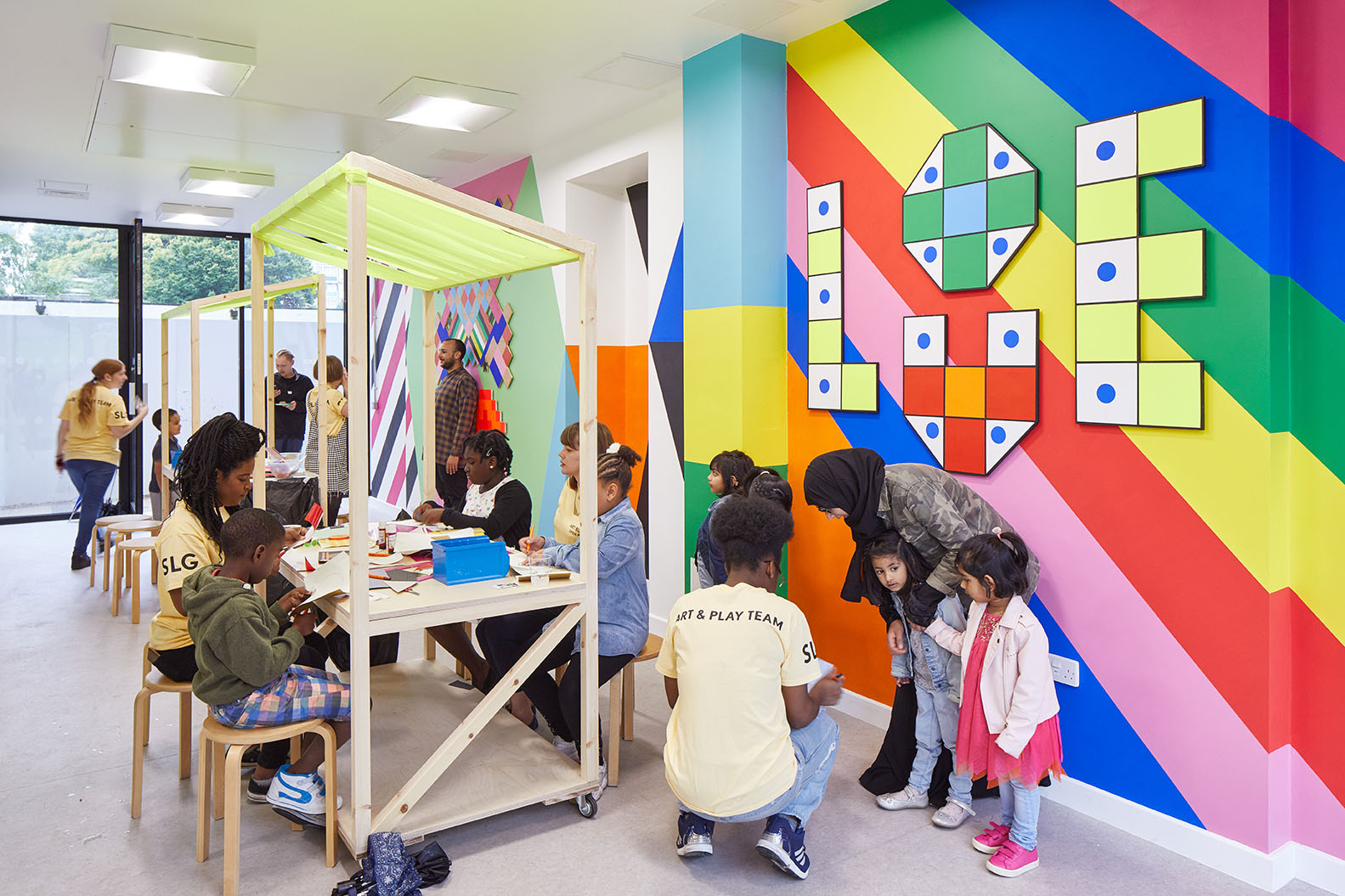 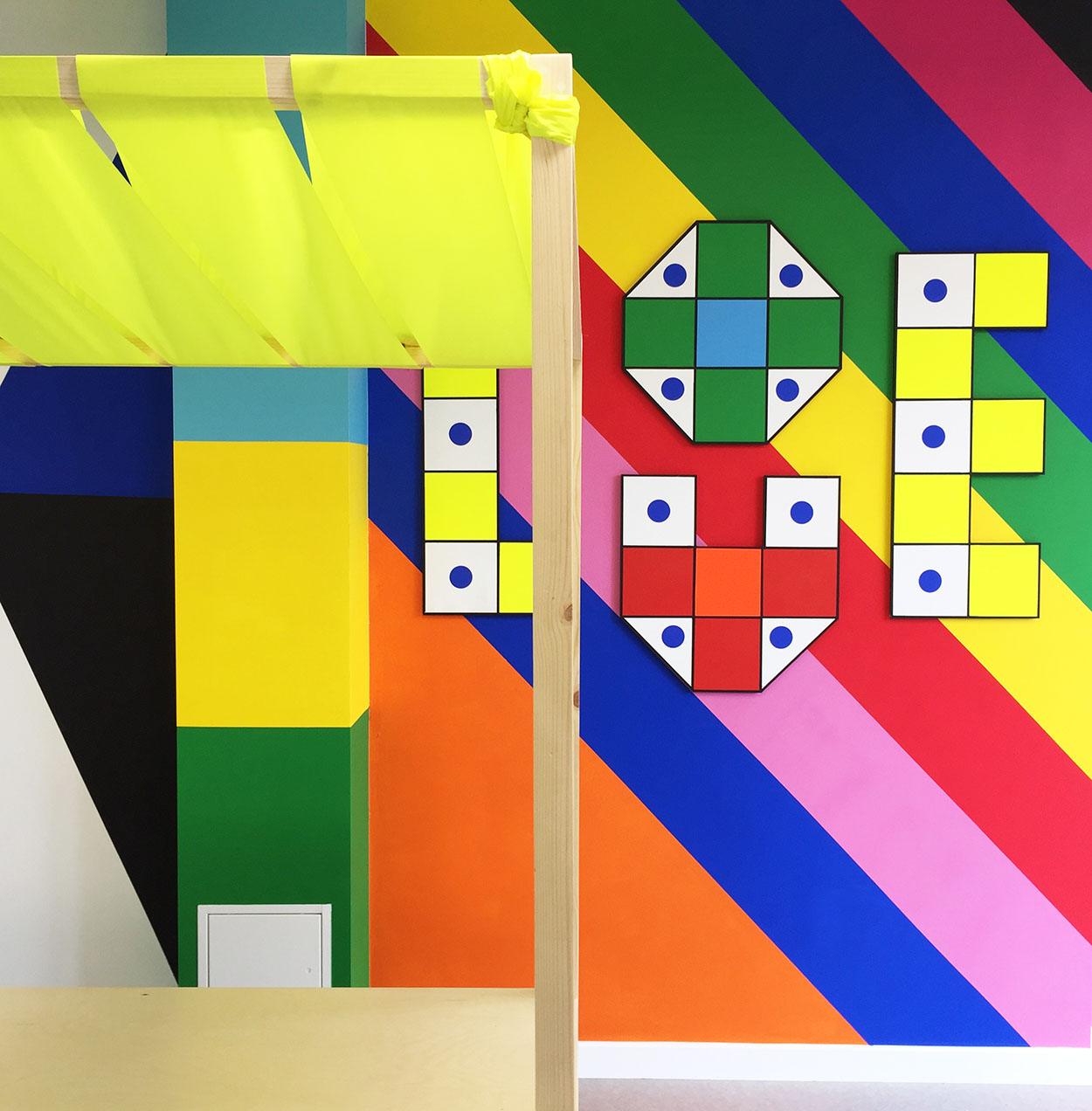 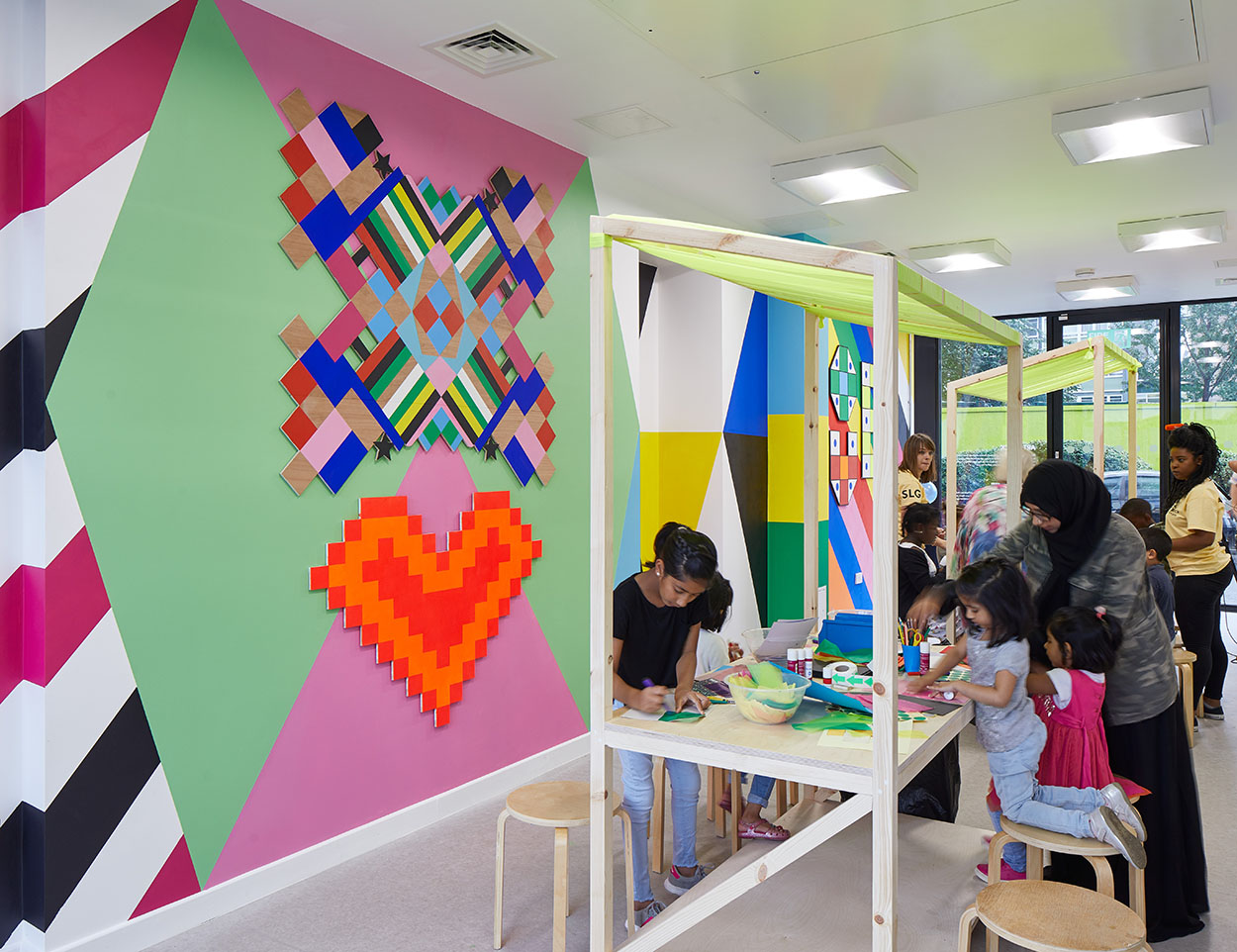 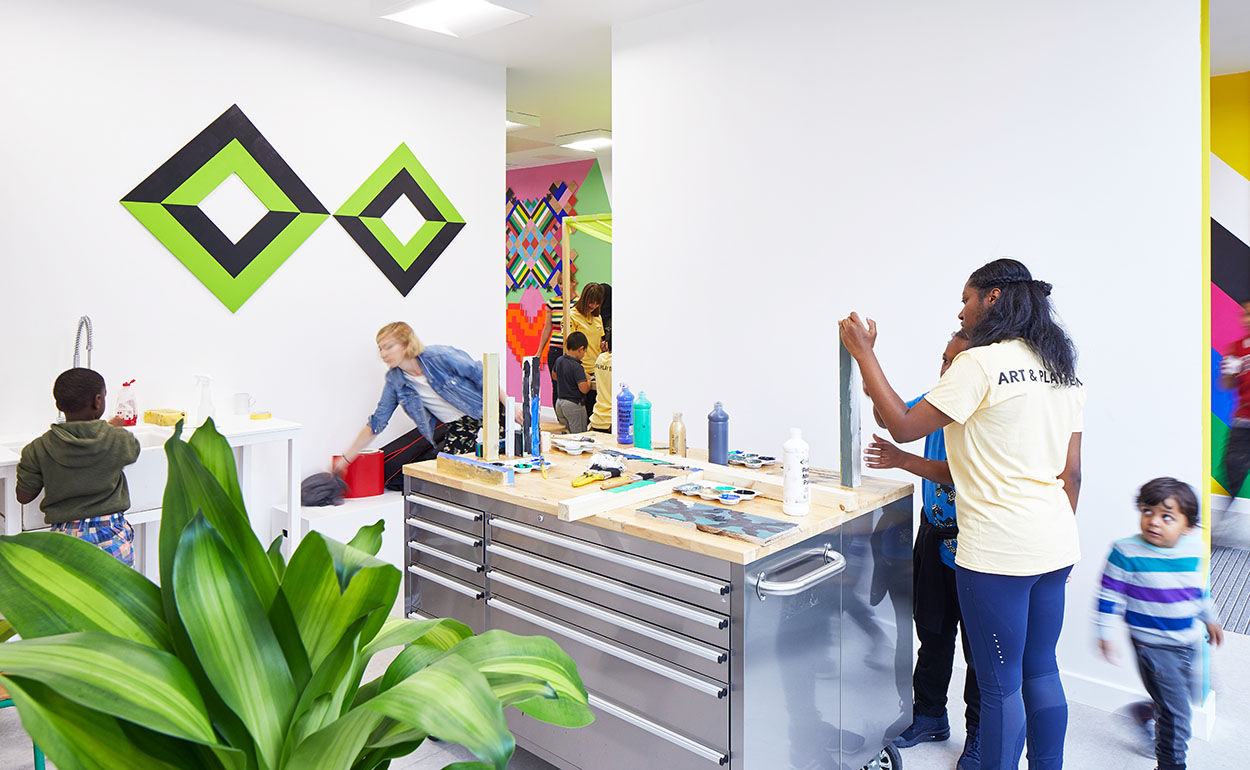 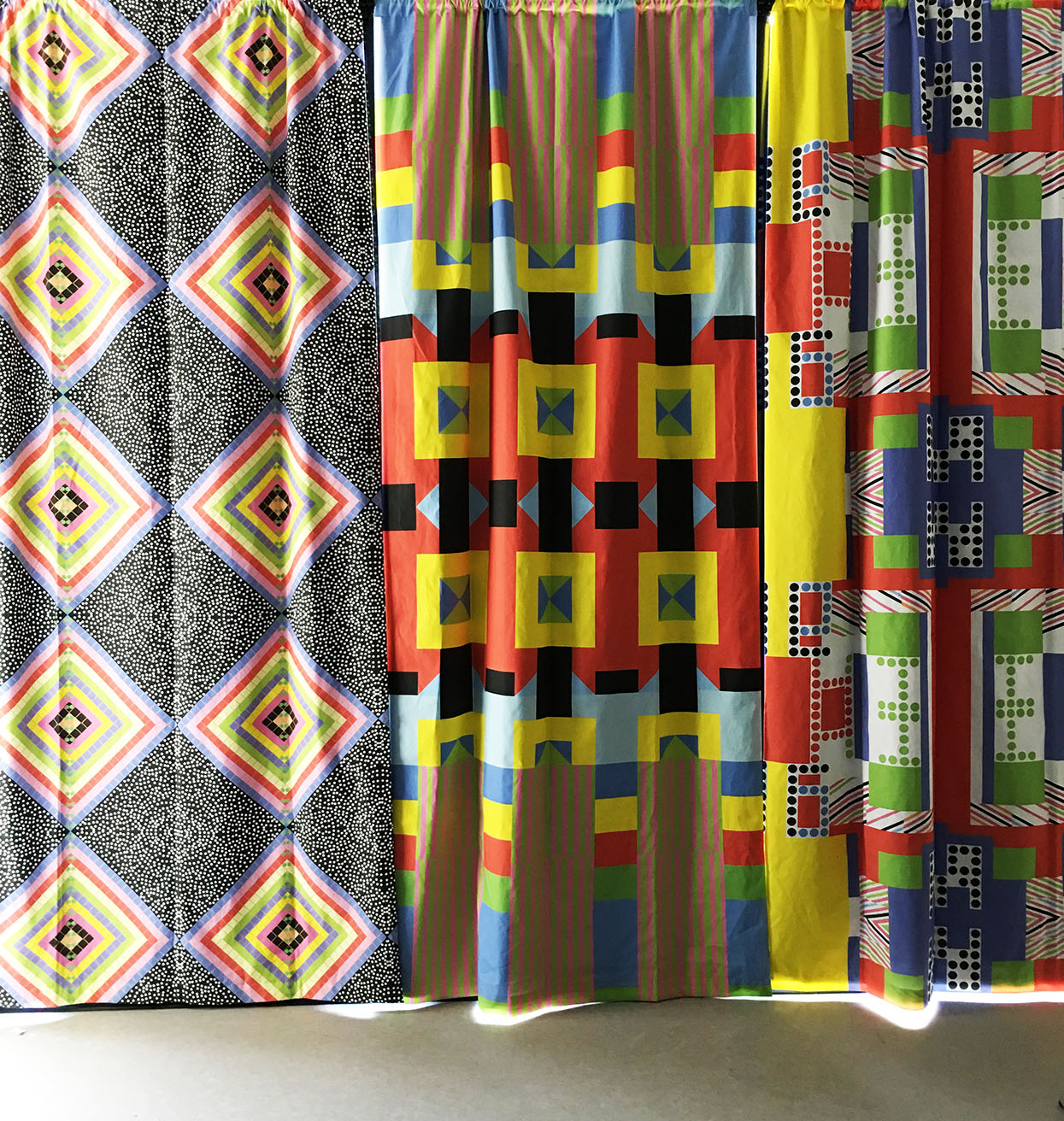