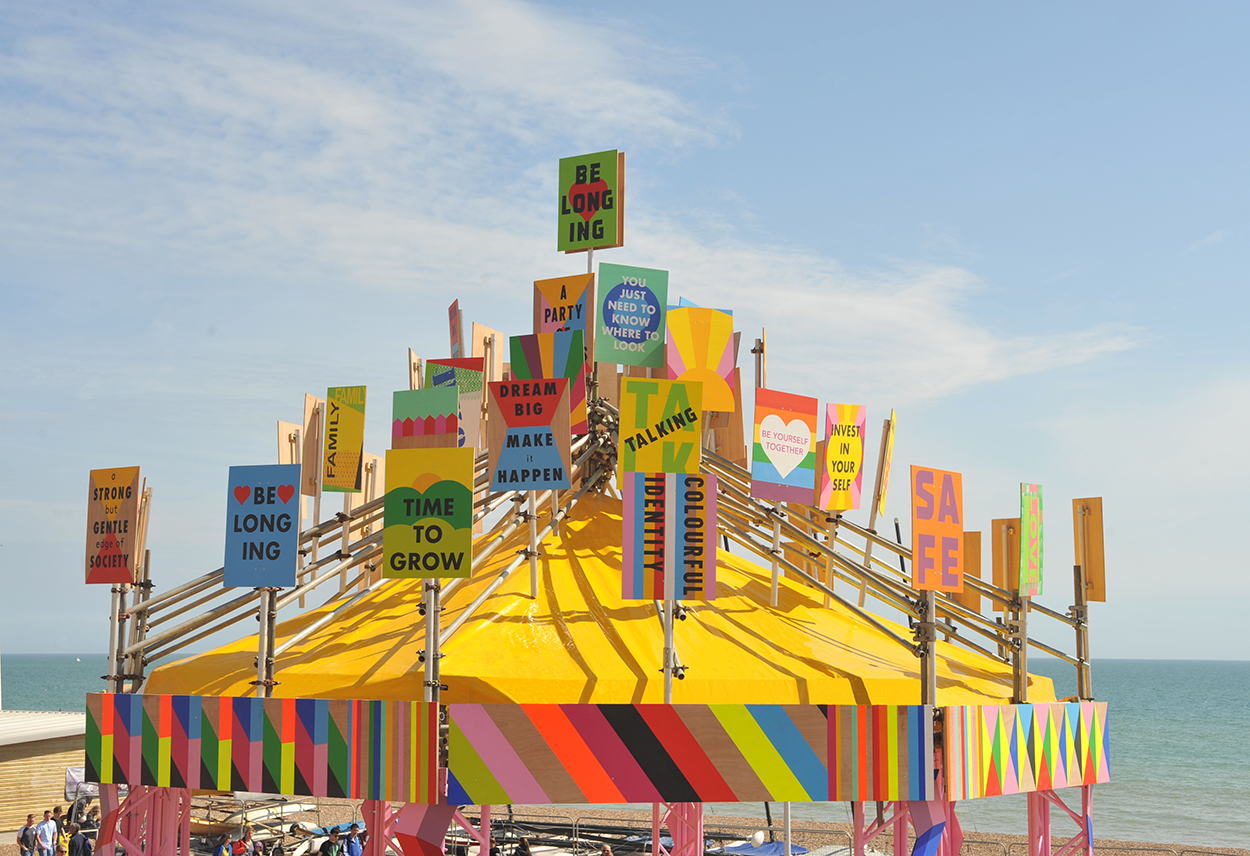 The bandstand was Morag's first ever mobile installation: a bright, bold, touring bandstand programmed in conjunction with communities across Sussex, inviting them to reflect on the concept of 'belonging' by making placards to adorn its crown and programming a diverse range of local performers to use it as a stage. The bandstand toured to 8 locations throughout east Sussex.

Ditchling Museum invited Morag to look around the museum and asked her what was her dream project and her immediate response was a Belonging bandstand. They were just starting to curate an exhibition of Corita Kent's work and thought it would be a perfect fit.

"I was first introduced to Corita Kent in 2007 at an exhibition in the Tate St Ives. I loved how bold her work was. But to be honest I did not know much about her. So I went back home and read every book I could find on her. But the book that resonated with me the most was 'Learning by Heart by Corita Kent and Jan Steward I was amazed how similar our thinking was about art and creativity. I really recommend people to read this book." says Morag "For my Belonging workshops I worked with a few Corita Kents assignments adapting them to my subject 'Belonging'."

Morag with the help of Ditchling Museum held several word workshops with several community groups in East Sussex. Creating phrases about what 'belonging' meant to each group. Each group then discussed what colours and how they would like their placards to look. She then drew up their brief and sent it back to the communities to agree or amend. Each groups set of placards were painted with the help of Brighton University students. The Newhaven community group developed their own placards and put on a festival around the subject 'Belonging'. Morag painted all the remaining panels for the bandstand in her studio.

One workshop participant from the Crawley community felt that: (The workshop process) "left me with a great sense of acceptance of where I am and who I interact with but, more importantly, a huge and warm feeling of Belonging!"

The Belonging Bandstand toured to Brighton beach front, Your Place venues in Brighton and on to the South of England Show at Ardingly, Crawley Festival, Newhaven, Ditchling and Coastal Currents Arts Festival in Hastings, taking on a different local character with each new iteration as the placard formation of the crown is changed to show off the communities’ own designs, and as the bandstand is programmed with local performers.

The project has been made possible by funding from Arts Council England. Steph Fuller, Director of Ditchling Museum of Art + Craft, commented: "I’m delighted that we have received such generous support from Arts Council, England. Together with artist Morag Myerscough, our co-commissioning partners Brighton Dome & Brighton Festival and our partners out in the community, we will now be able to bring an amazing artistic project to Brighton and Sussex, growing our audiences and giving more people opportunities to take part in arts and culture."

Beth Burgess, Brighton Festival Executive Producer, added: "We are thrilled at the prospect of supporting Morag to undertake this project and to once again partner with Ditchling Museum of Art + Craft, which we believe will enhance the visual art and participation offer of the Festival and our surrounding communities."

Iain Nicol, CEO of South of England Agricultural Society who run the South of England Show, expressed the organisation’s enthusiasm in hosting the Belonging Bandstand: "Her work with community building on the theme of 'belonging' reflects our work as a charity, bringing town and country folk together to enjoy a unique showcase of agriculture, horticulture, equestrianism and the countryside. Her bandstand will be the centre-piece of our Family Zone where people gather to enjoy great music, food and entertainment."

Project Legacy
Placards were given to
each of the community groups.
Scaffolding was hired.
Bandstand Panels
stored in Morag's Studio 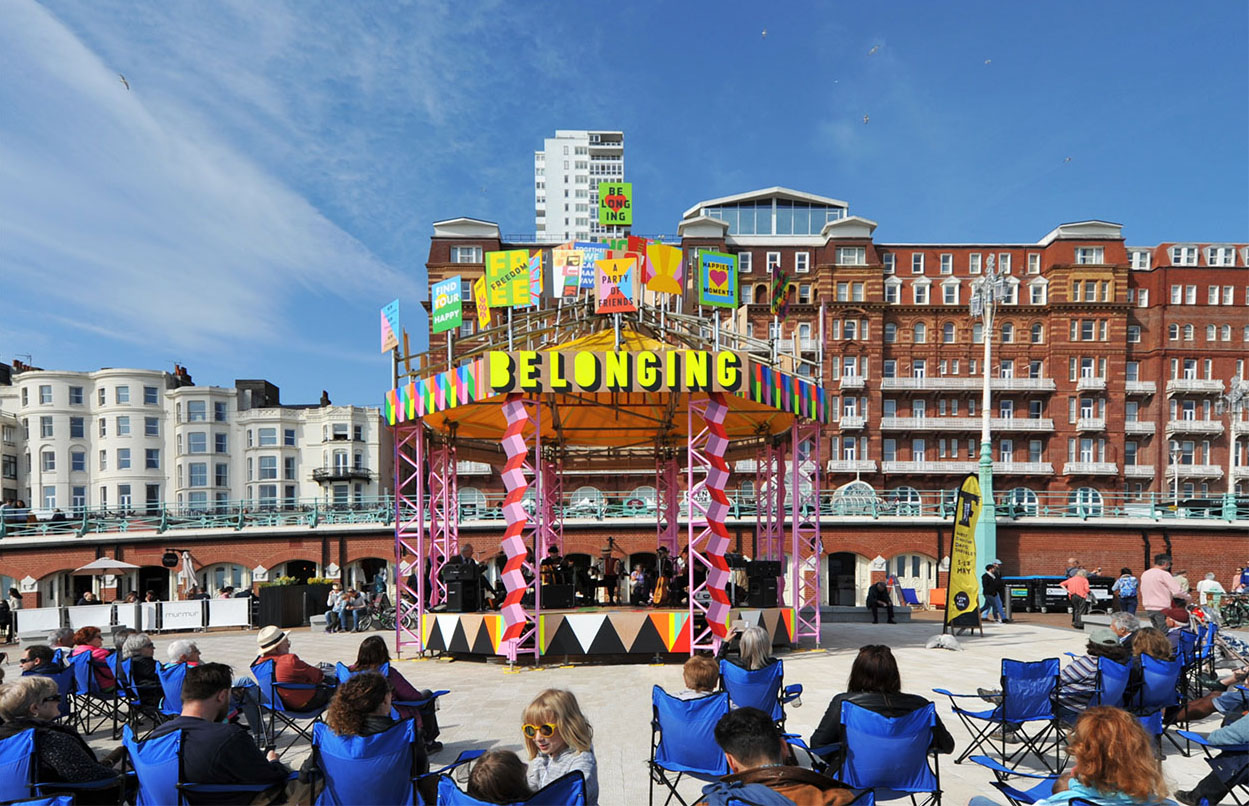 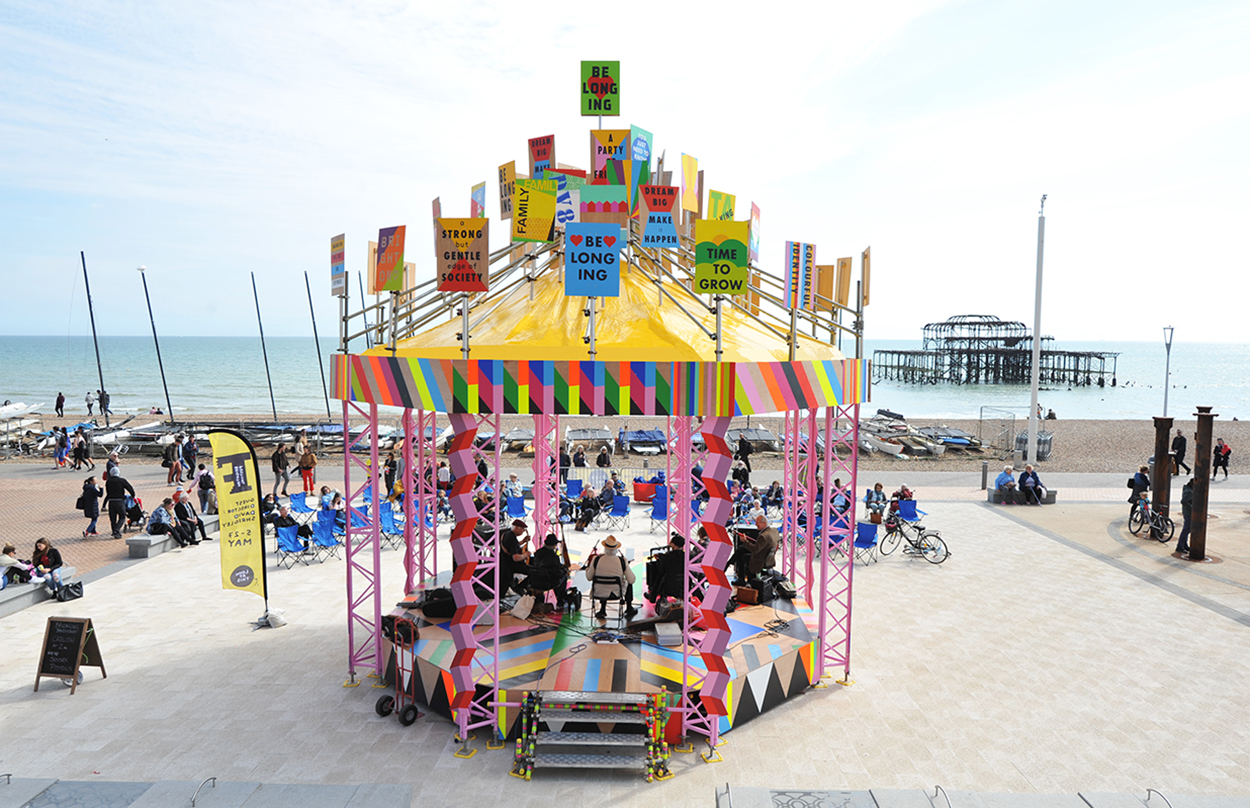 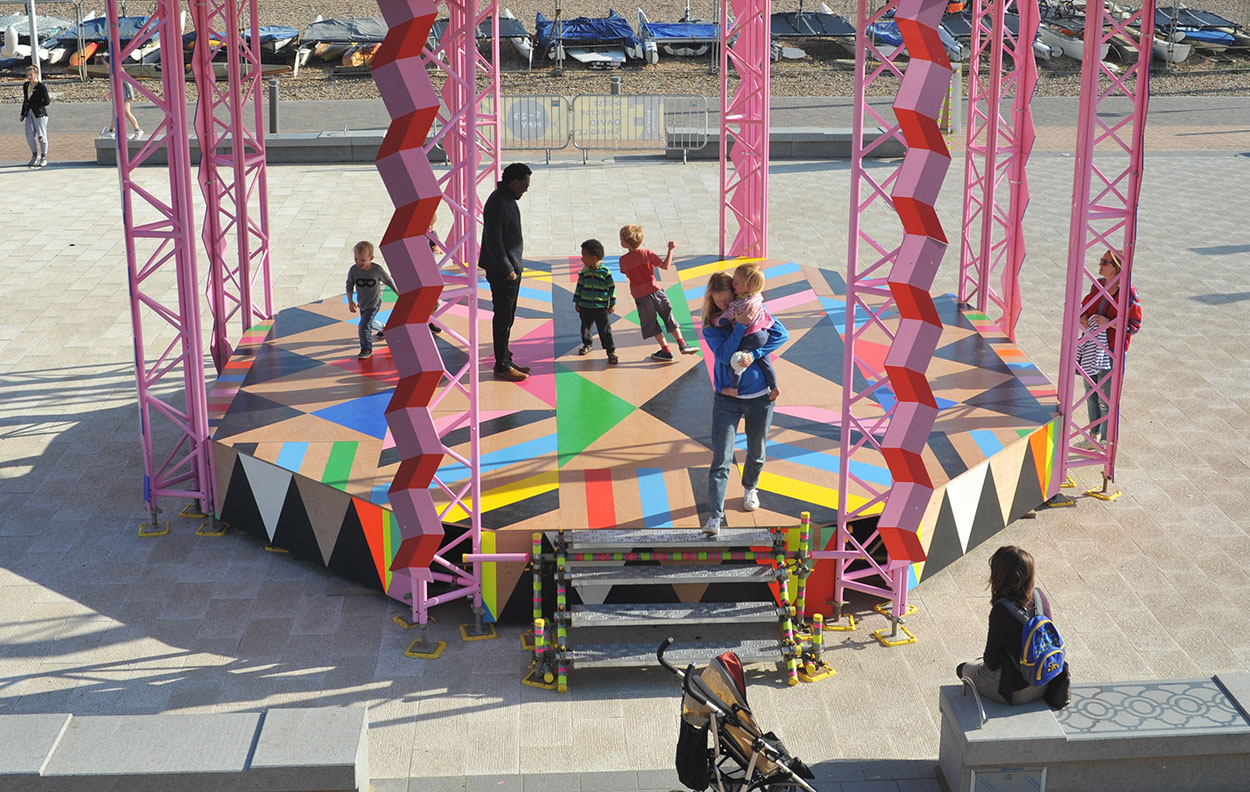 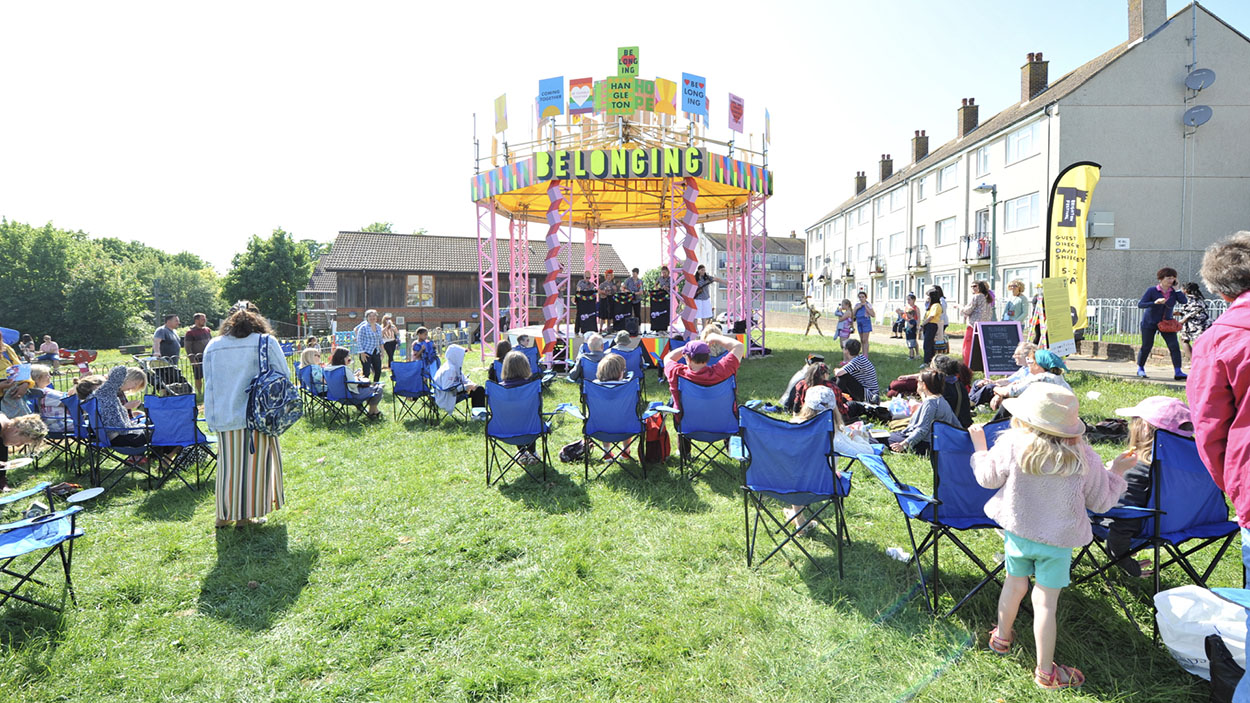 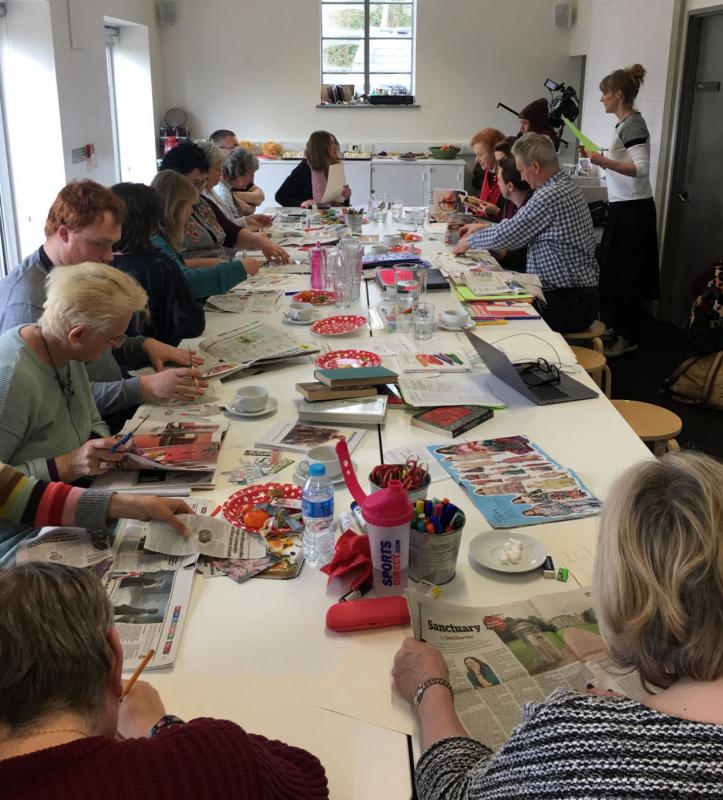 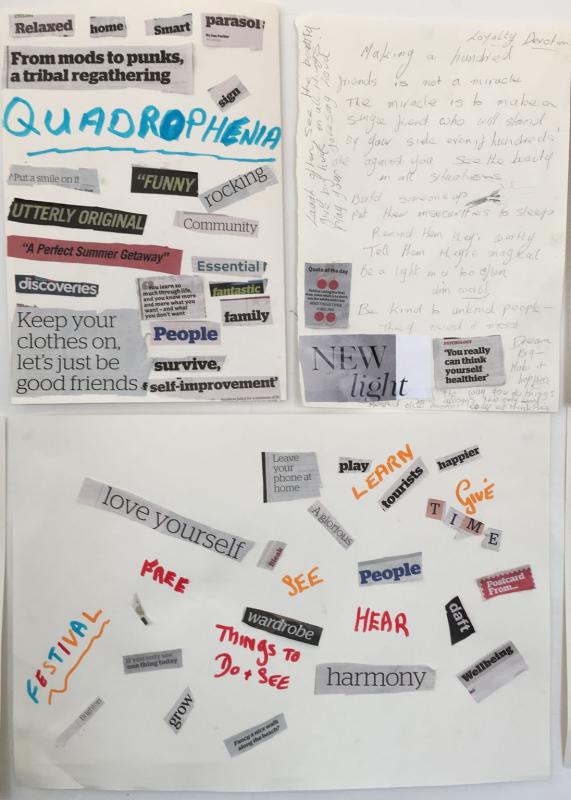 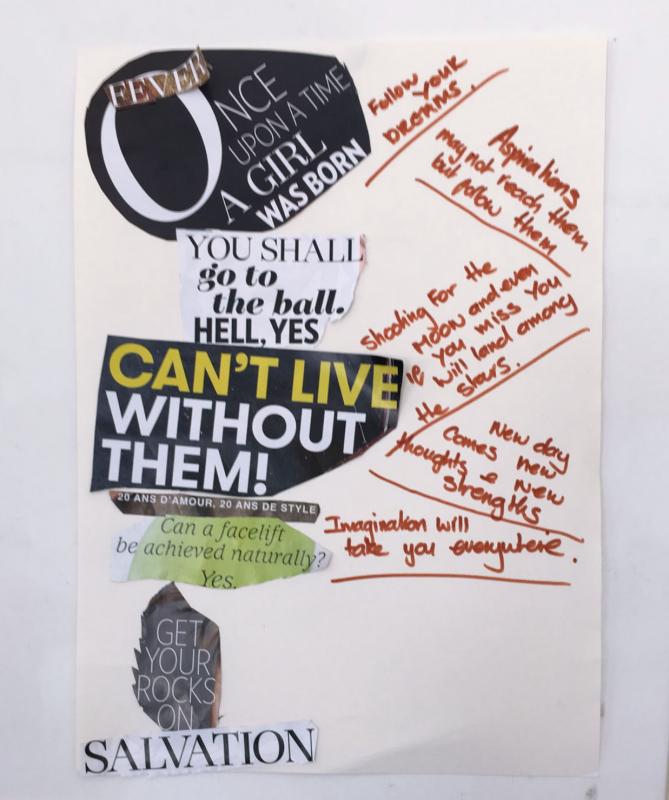 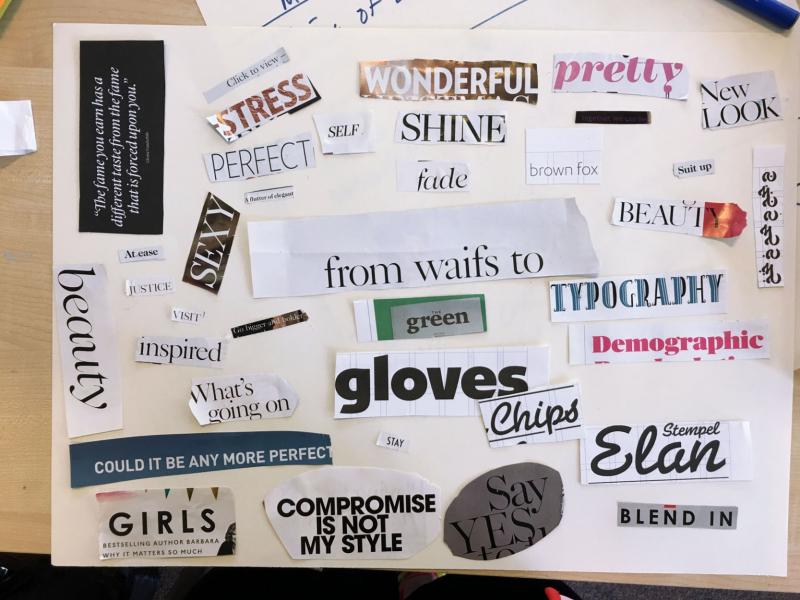 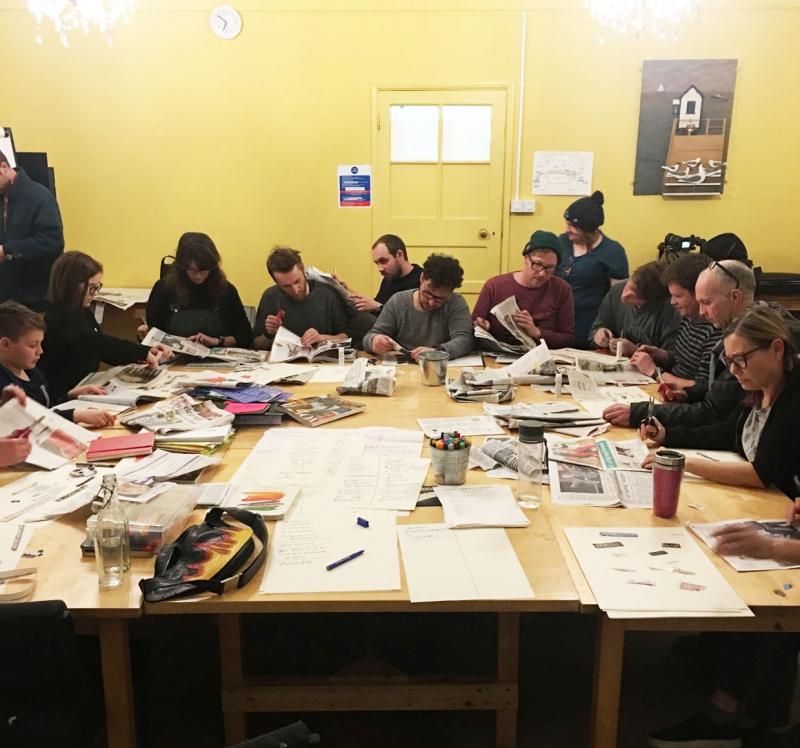 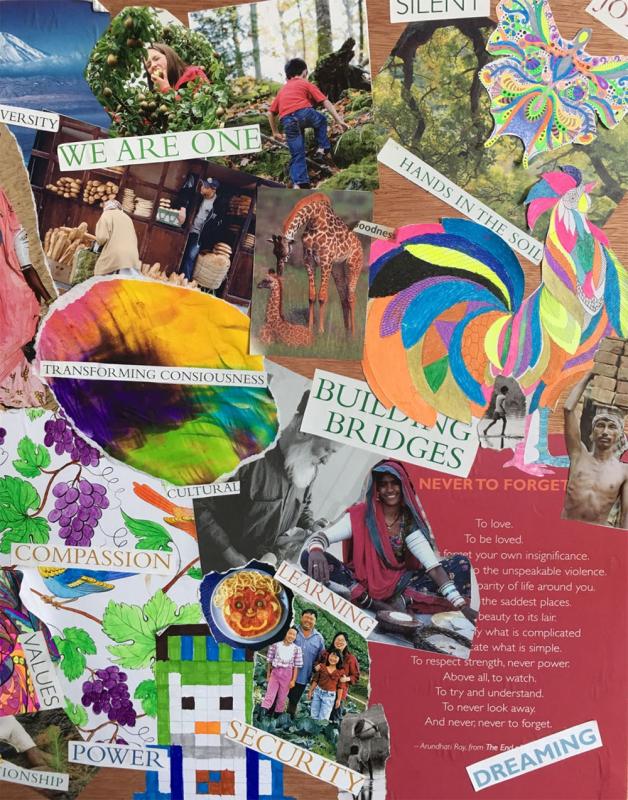 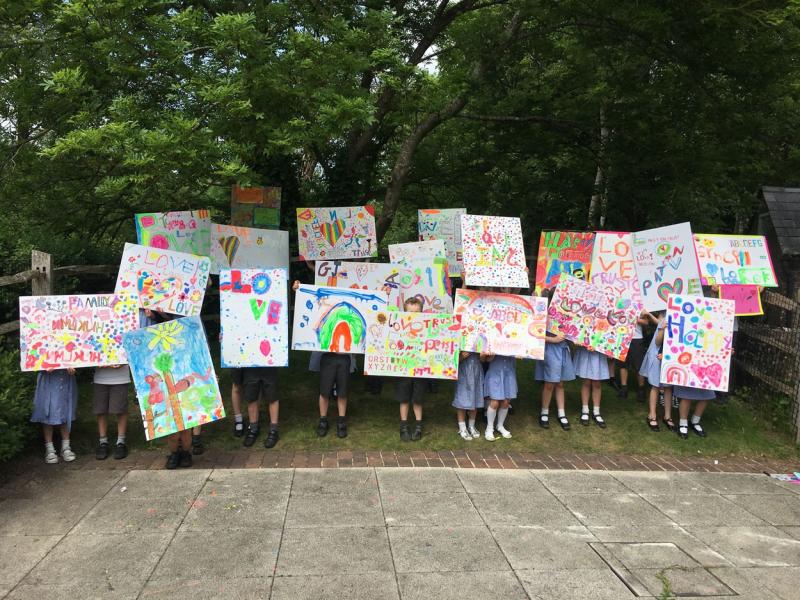 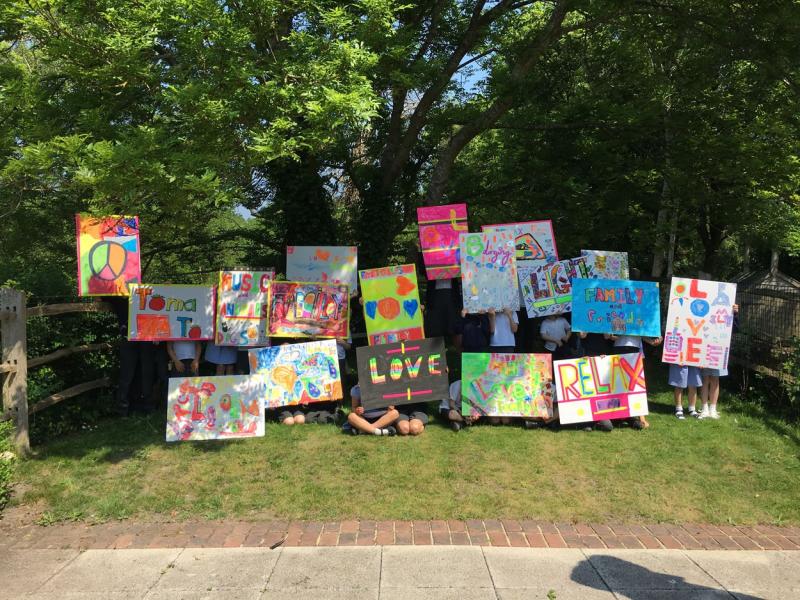 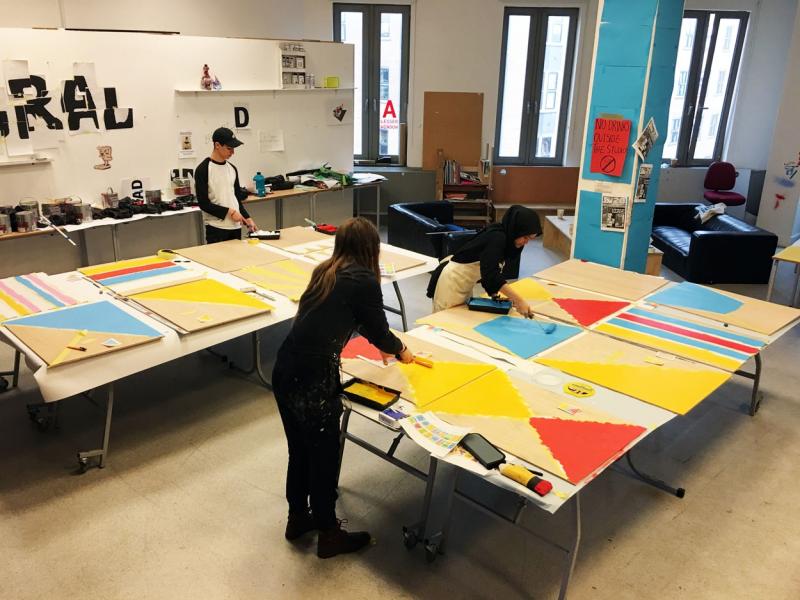 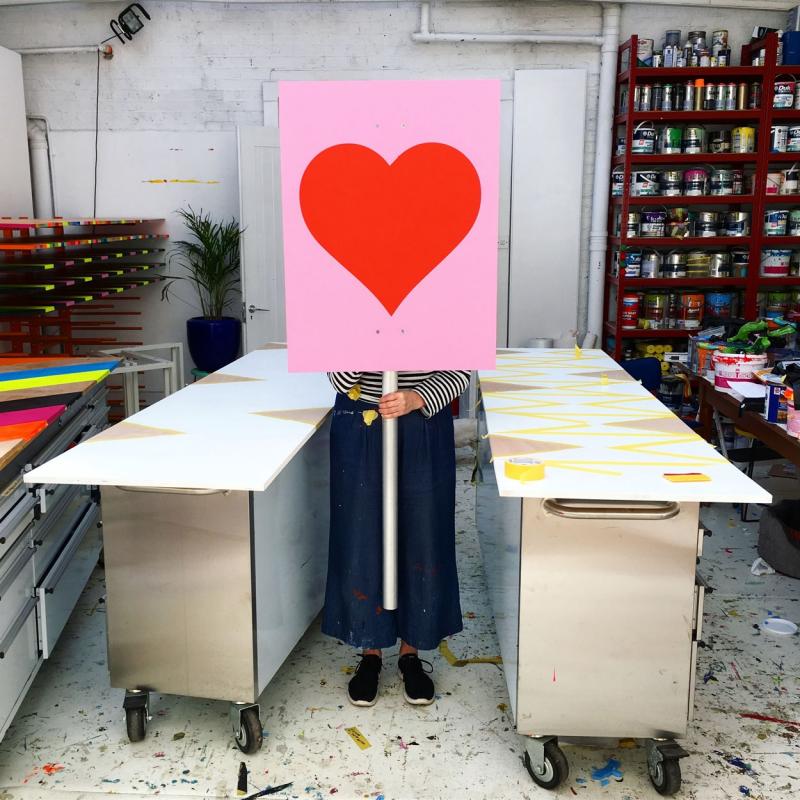 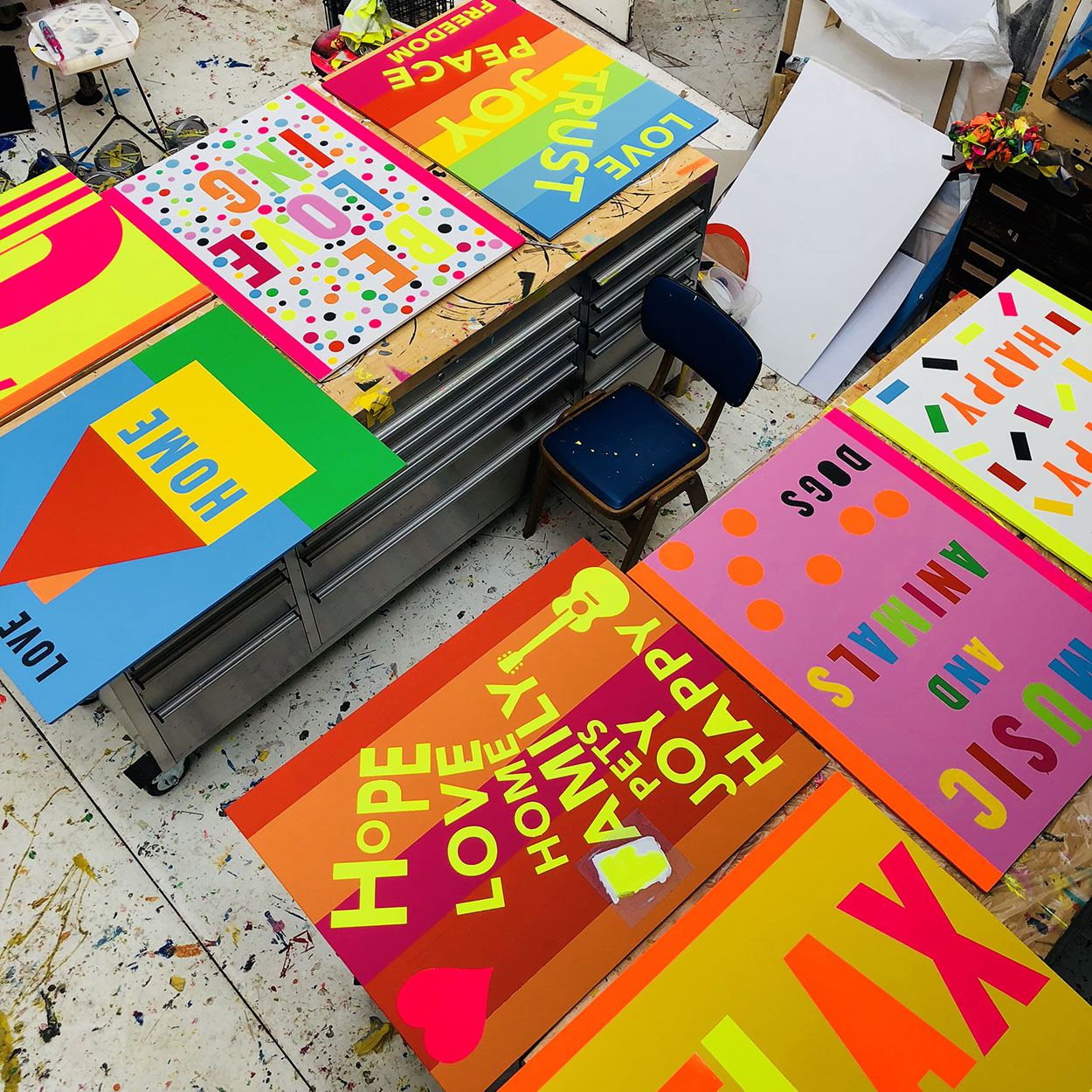 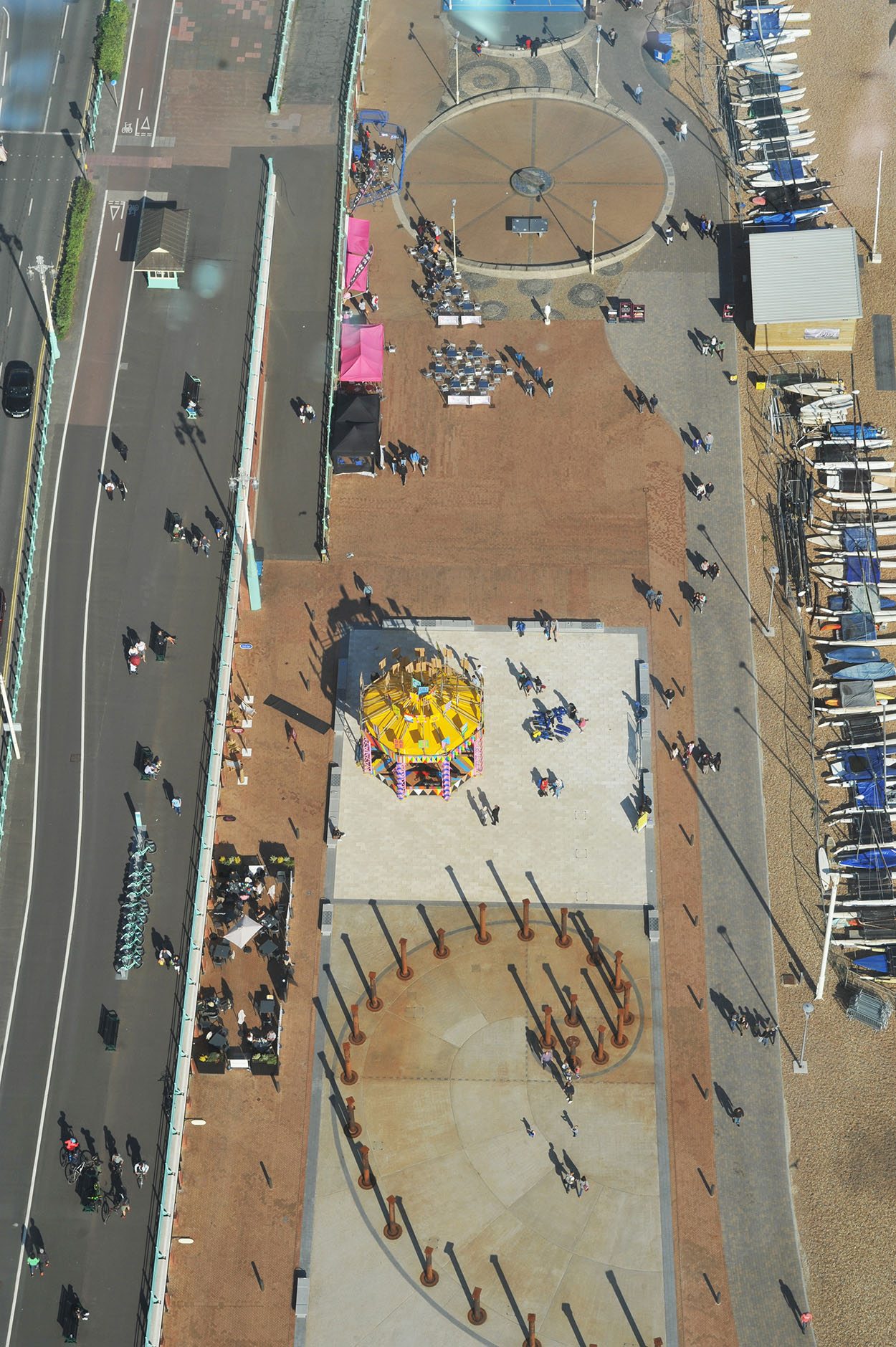